How Malik Cunningham continues the Louisville legacy started by Teddy...

Teddy Bridgewater, Lamar Jackson and Malik Cunningham — Louisville quarterbacks past and present — got together for the first time in April at a wellness event for kids in their adopted city. At first, none of them knew what to say, their naturally shy personalities making it hard to be the first to speak up.

Finally, after a few minutes of awkwardly looking at each other, Bridgewater and Jackson cracked a joke. Cunningham started laughing and away they went the rest of the afternoon, teasing and cajoling and having fun playing football with the boys and girls who have known nothing but either Teddy, Lamar or Malik as the starting quarterback repping the Cardinals.

What makes their presence significant is twofold: No one expected Bridgewater, Jackson and Cunningham to choose Louisville, and as a result the city embraces them as if they were homegrown stars. Perhaps more meaningful is what they represent, both to the kids at the camp and the nation at large: three elite Black quarterbacks starting in near succession for more than a decade.

“It makes a statement in the city of Louisville, us being the face of the university — that’s something that’s big in the communities out there where they don’t have much hope,” said Bridgewater, a Miami Dolphins backup. “For us to be able to provide an ounce of hope to a kid down in the communities, whether it’s the West End or different parts of Louisville, that Teddy did it, Lamar did it, Malik is doing it, maybe one day I can do it as well.”

When Cunningham takes the field Friday against Florida State (7:30 p.m., ESPN), he will take with him that legacy — one that unwittingly began when Bridgewater committed to then-coach Charlie Strong in 2010. Bridgewater, from South Florida, was supposed to go to Miami. But he took a chance on Strong and the vision Strong had about restoring Louisville’s football tradition — especially at quarterback.

Louisville has a long, proud history at the position — going back to Johnny Unitas, through Browning Nagle to Jeff Brohm, Chris Redman, Dave Ragone, Stefan LeFors and Brian Brohm. Bridgewater became the starter his freshman season in 2011. As a sophomore, the Cardinals played Florida in the Sugar Bowl — a game in which Louisville was not given much of a chance. Bridgewater threw for 266 yards and two scores during a 33-23 win but gained fans everywhere after an early hit knocked his helmet off, sending him to the turf.

Among those watching were Jackson from his home in South Florida and Cunningham from his in Alabama. Jackson was a sophomore in high school, and the performance helped open his eyes to the possibilities at a place like Louisville.

“We’re both South Florida guys and he was doing so wonderful and performing how South Florida players do,” Jackson said. “He was winning when he was there, so he had my eyes opened throughout that process.”

By the time Bridgewater was a junior in 2013, Louisville had become a top 10 team. The following spring, he was drafted in the first round by the Minnesota Vikings.

“You never really know the impact you can have, so I’m glad I’ve been able to set the tone or be the foundation for what has come from Louisville quarterbacks,” Bridgewater said.

When Jackson arrived in 2015, Bobby Petrino had taken over as Louisville coach. Though Bridgewater and Jackson never played on the same team, the two developed a friendship over text messages — especially as Jackson took off to unprecedented heights. In 2016, Jackson won the first Heisman Trophy for Louisville after a remarkable sophomore season, gaining 4,657 total yards while scoring 48 touchdowns.

Cunningham remembers watching Jackson the year before, especially his performance during a 27-21 win over Texas A&M in the 2015 Music City Bowl. Jackson ran for a Music City Bowl-record 226 yards and scored four touchdowns. Cunningham committed to Louisville in April 2016, saying he felt he could maximize his potential in the Petrino offense, while also knowing he would learn behind Jackson as a freshman and then get a chance to start.

When he arrived in 2017, Cunningham shared the same quarterback room as Jackson and Jawon Pass. “We were all around each other, you couldn’t tell us apart, we would all be together all the time,” Cunningham said.

He says they grew close because, “We were young Black quarterbacks trying to reach the ultimate goal, which is to the NFL. Not many people make it to the NFL from my neighborhood. We all come from the same background. Moms dominated in our lives. So it always felt right to me to be around those guys and to look up to those guys.”

Jackson says he knew Cunningham would end up being a special player after what he saw in 2017. “He had lightning in a bottle,” Jackson said. “He could take the ball the distance whenever he got that little lane. He wanted to learn, he wanted to get better, and it shows now.”

Like Bridgewater, Jackson became a first-round pick, though both were subjected to questions about whether their games would translate at the professional level. Jackson has since won an MVP, but both have thrived overall and have never forgotten the way Louisville made them feel like one of their own. Their respective jersey numbers are found across the city — especially the No. 8 Jackson wears for the Baltimore Ravens.

That’s an army of kids with parents behind Lamar Jackson and Teddy Bridgewater. pic.twitter.com/CAx7RGtjvA

As de facto Louisville ambassadors, Bridgewater and Jackson took part in this year’s Derby City Reunion Weekend — an event held before the Kentucky Derby — and it was important for them to have Cunningham there with them.

“We know there’s a lot of fans out there who look up to us and they appreciate what we did for their community, for the city of Louisville, so it was a no-brainer to go out there and give back because me and Teddy love kids,” Jackson said. “Even though we play for NFL teams, they still show love like we’re still playing for Louisville. It means a lot to us.”

Now in his fourth year as the full-time starter, Cunningham knows he has work ahead of him. Last season, he joined Jackson as the second quarterback in school history to rush for more than 1,000 yards. He also led the ACC in rushing touchdowns (20), a mark that was good enough to rank fourth nationally. His ability on the ground has drawn comparisons to Jackson, though neither one necessarily wants those comparisons to be made.

“He’s his own player,” Jackson said. “He’s building his own legacy, so let him do his thing. It’s not about me, it’s about Malik when he’s out there performing, just like when I played it wasn’t about Teddy. He has to focus on being him, and being the best player he can be.”

While Bridgewater and Jackson both left school early to enter the NFL draft, Cunningham returned to Louisville for his final season. He said other schools tried to lure him with NIL deals, but he wanted to finish his career in Louisville.

So far this season the results have been mixed. In the opener against Syracuse, Cunningham looked tentative, staying in the pocket instead of using his running ability. Louisville scored only seven points. Cunningham had three turnovers and just 34 yards rushing. 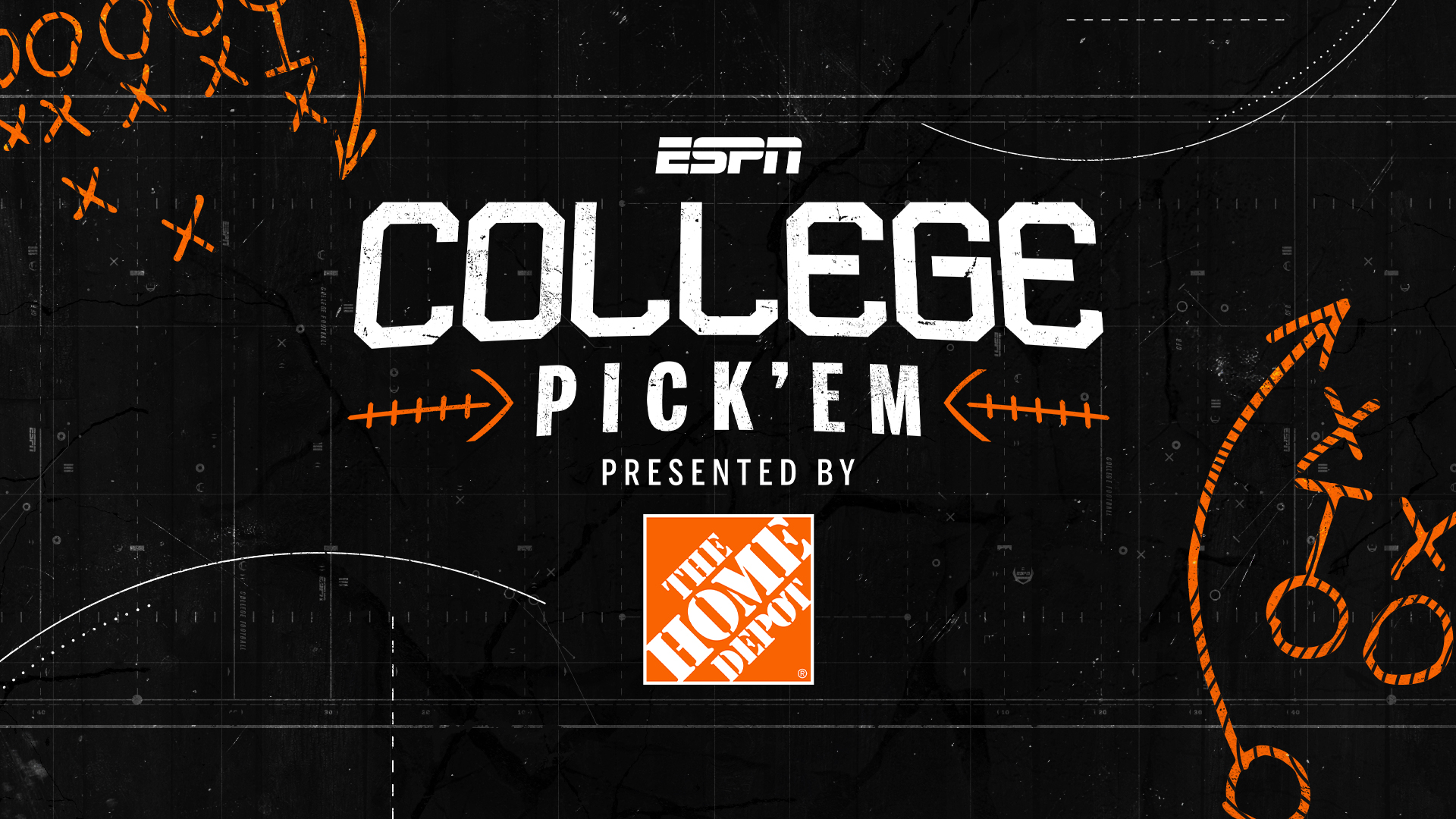 Pick games every week and compete for prizes! Make Your Picks

Last week in a come-from-behind win over UCF with 13 NFL scouts and Senior Bowl representatives in attendance, Cunningham looked more like himself, rushing for 121 yards and a score. But he was off on his passes, completing just 48.3%.

Afterward, coach Scott Satterfield took the blame for what happened against Syracuse, saying, “We didn’t let him play his game enough.” In fact, in the lead-up to the UCF game, Satterfield pulled Cunningham aside and said, “We’re going to have to ride you.” Cunningham looked at him and said, “Coach, that’s what I want.”

The stakes are higher against Florida State. Louisville cannot afford to start the season 0-2 in Atlantic Division play, not with three other ranked teams from the division remaining on the schedule (Clemson, NC State, Wake Forest).

Those around the program know that. Especially Cunningham.

“I’ve just got to win,” Cunningham said. “The numbers are there. Everybody has stats, but it’s all about the wins. That’s what the people at the next level want to see, the front offices and the owners and the GMs, they want to see: Can I put together a good season and win?”

He knows Bridgewater and Jackson have done that, setting not only a foundation for quarterback play, but the expectations that follow.

“I feel honored to be in this fraternity,” Cunningham said. “You got one Heisman Trophy already in that fraternity. We got a Sugar Bowl in the fraternity. My job right now is to bring back the ACC championship for our quarterbacks.”