Listing all the record-breaking trading cards, jerseys and other sports...

The sports memorabilia market has been booming. Jerseys, trading card, shoes, even miscellaneous items have sold for six-figure sums.

Another memorabilia record was broken Saturday. A mint condition 1952 Mickey Mantle card was sold by Heritage Auctions for $12.6 million. Anthony Giordano, a New Jersey waste management entrepreneur, originally purchased the card for $50,000 in 1991. The sale surpassed the $7.25 million total that a T206 Honus Wagner card, a holy grail collectible, sold for earlier this month.

The record for highest-selling sports card has changed three times since January 2021. It has been held by two different Wagner T206 cards and another 1952 Mantle card.

Baseball cards aren’t the only piece of memorabilia to set new milestones. Here’s a list of recent record-breakers.

The shirt worn in the epic 1986 World Cup quarterfinal has its own strange origin story even before Maradona scored two iconic goals while wearing it.

ESPN’s signature soccer show offering daily analysis and highlights from around the world. Watch on ESPN+

The shirt was made specially for that quarterfinal, played on June 22, 1986, in the blistering Mexico City sun. The story goes that Argentina’s cotton jerseys were too heavy for the heat, so manager Carlos Bilardo and Ruben Moschella, the team’s technical assistant, searched for an alternative option.

They came back with two choices, one a darker blue and the other a lighter shade. The decision was made by Maradona, who strolled in, saw the lightly striped, blue number and said: “We’ll beat England in that one.”

Present during a true turning point in NHL history, it was the jersey worn the last time Wayne Gretzky hoisted a Stanley Cup. It was his fourth in Edmonton. According to Gretzky’s autobiography, he was told two hours after the Cup-clinching game ended that the Oilers were planning to trade him. The jersey was probably still wet with champagne.

The nearly half-million-dollar Brady sale broke the record set just weeks prior by another Brady jersey. At the tail end of 2021, a game-used, autographed Brady jersey from a game in October sold for $320,500 with NFL Auction — where 100% of the proceeds went to charity (in this case, Brady’s TB12 Foundation).

While the Mantle card now holds the record for highest auction price, even that card’s lore pales to the Wagner card. It’s so elusive and desired as a collectible that a torn half of a T206 sold in February for nearly a half a million.

The T206 Honus Wagner is often referred to as the holy grail or Mona Lisa of sports cards. There are roughly 60 known to exist. 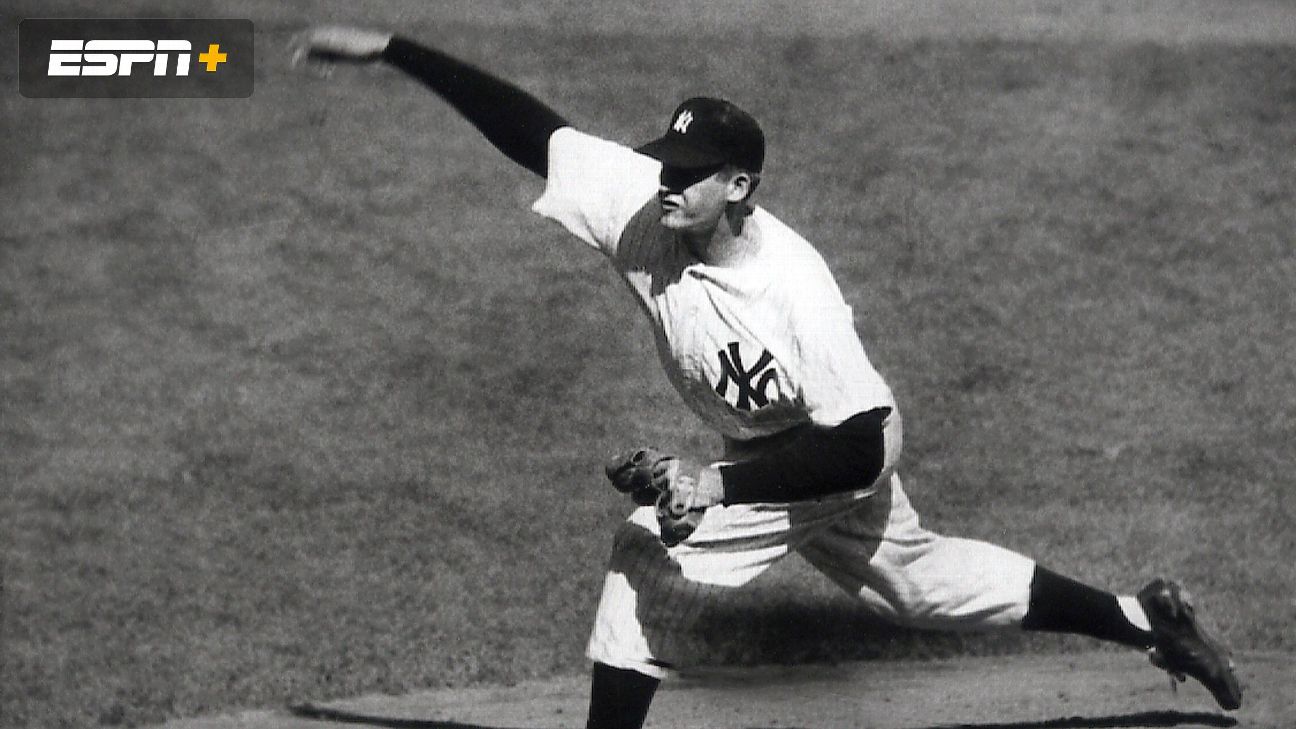 Relive 13 of baseball’s finest pitching performances, from Don Larsen’s perfect game in Game 5 of the 1956 World Series to Roy Halladay’s no-hitter in the 2010 NLDS. Stream classic perfect games and no-hitters on ESPN+.

Less than 2 inches wide and 3 inches tall, the T206 Wagner is, in essence, the story of the entire sports card industry. A tale of scarcity and ego, with a hint of scandal. A coming-of-age saga for a hobby that transformed from a promotion marketed toward kids into an investment opportunity.

The mystery of why there are so few Wagners as compared to other players is the greatest debate within the sports card community — something collectors love to chew over. One theory suggests the Wagner printing plate broke during production. Another suggests a copyright dispute between the artist and the tobacco company. The most popular and romantic theory, though, has been put forward by Wagner’s family and the Metropolitan Museum of Art in New York City (which has a T206 Wagner in its collection). They say Wagner didn’t want to promote smoking tobacco to children and asked the company to pull his card from production.

The 2003-04 Upper Deck Exquisite Collection RPA (rookie patch autograph) parallel LeBron James card, numbered out of 23, was sold privately for $5.2 million with PWCC Marketplace. The card, graded as a 9 by Beckett Grading Services (with a perfect 10 signature), claims the throne for most expensive basketball card, knocking off the $4.6 million one-of-one 2018-19 Panini National Treasures Luka Doncic Logoman RPA sold in March.

Get access to exclusive original series, premium articles from our NBA insiders, the full 30 for 30 library and more. Sign up now to unlock everything ESPN+ has to offer.

According to Jesse Craig, PWCC’s director of business development, King James items are only going to grow in hobby stock.

“There are LeBron cards [still] out there, I would say, worth over $10 million,” Craig said.

Talk about a worthy investment. When the card debuted, Mahomes was just a first-round draft pick who would start one game in his rookie season. When it was sold, the Kansas City Chiefs QB had thrown 76 touchdowns in two seasons, and won an MVP and a Super Bowl.

Pele is the only soccer player to win three World Cups and one of the most impactful athletes of the 20th century.

According to population reports, there are only six Pele cards of this kind that have received at least a 9 grade (out of 10) by card grader PSA, and none higher.

This is Gretzky’s second record-setter. Two versions of Gretzky rookie cards were made in 1979. O-Pee-Chee was a Canadian company that worked with Topps to distribute similar cards in Canada. Although the cards are very similar, there are some minor differences between the two — and the O-Pee-Chee cards have garnered more money in recent sales.

In 2020, Hamilton won the most recent of his seven F1 championships. Two years later, Hamilton became a part owner of the Denver Broncos.

This Lewis Hamilton 1-of-1 Superfractor sold for $900,000 at @Goldin over the weekend – an all-time record for any @F1 card. pic.twitter.com/efWEVdd6C2

From Ken Goldin of Goldin Auctions: “The effect you have with Serena is that there are a lot of people putting together GOAT collections. They want Pele, Ali, Jordan, Tiger, Brady … and they include Serena. I think that’s the single biggest impact that is lifting her cards above all other women athletes.”

The sale more than doubles the previous record for a women’s sports card of $44,280. pic.twitter.com/6TsekLjzps

Because of Jordan’s resounding legacy, and the popularity of the documentary “The Last Dance,” collectibles from Air Jordan are everywhere and come in a wide variety of forms. Shoes, tickets, cards — if Jordan items were sold at a big box store, they would have their own department.

This card features an autograph and patch from Jordan’s 1997-98 All-Star Game jersey. How great was the GOAT that season? He led the league in scoring, won his fifth MVP and his sixth and final NBA title.

The shoes are Nike Air Ships, designed by sneaker icon Bruce Kilgore — who created the Nike Air Force 1 in 1982 and went on to design the Air Jordan II. The legend is that when Nike first made a deal with Jordan in 1984, his first signature shoe (Air Jordan 1) wasn’t ready. In the meantime, Nike supplied Jordan with Air Ships — but Jordan’s were so colorful that the NBA informed him they violated the uniform clause.

On April 15, 1947, after paying $1.75, a fan sat in the upper stands at Ebbets Field in Brooklyn for the most significant day in MLB history.

The stub from the game was purchased by Milwaukee Brewers owner Mark Attanasio.