Onomondo secures cash to expand its wireless network for IoT...

Onomondo, a startup offering a dedicated wireless network for internet of things (IoT) devices, today announced that it raised $21 million in a funding round led by Verdane with participation from Maersk Growth, People Ventures, and The Danish Growth Fund. In an email, CEO Michael Karlsen told TechCrunch that the new cash will be put toward productization, go-to-market efforts, and marketing as Onomondo scales its team from 50 people to around 100 by the end of the year.

Karlsen co-founded Onomondo in 2012 alongside Henrik Aagaard with the goal of, in Karlsen’s words, “expanding the capabilities of what a network can solve for IoT.” Onomondo built a wireless network for IoT devices on the back of hundreds of cellular providers that operates in over 180 countries.

Prior to co-launching Onomondo, Karlsen was the CFO at indie game studio Playdead and co-founded Tel42, a Danish network wholesaler on the Danish Telenor network. Aagaard was the CTO at Tel42 until it was acquired by IoT services provider Greenwave Systems.

“Our solution is unique to the market as … we’ve built and operate our own network core from the ground up, which offers end-to-end control and visibility from any cellular antenna across the world to any cloud,” Karlsen told TechCrunch in an email interview. “We have built an IoT tech stack with a set of unique power tools on top, which makes the service fundamentally different from anything else available on the market today.”

A network reserved for IoT devices isn’t a novel concept. London-based FloLive built a cloud-based solution to stitch together private, local cellular networks for IoT connectivity. Helium and Kepler Communications eschewed cellular for other technologies, such as miniature satellites and “LongFi,” to help IoT devices talk to each other. Major players like Comcast, SoftBank, Orange, SKT, KPN, Swisscom, Verizon, Vodafone were at one point creating or maintaining nationwide IoT networks, as well, not to mention Amazon and Samsung.

Dedicated IoT networks offer several advantages over traditional cellular, Karlsen argues. For example, mobile phone networks aren’t typically battery-efficient because devices on the network must communicate frequently with cell towers. By contrast, networks like Onomondo are optimized for long-range data transfers and very low power consumption, and — at least in Onomondo’s case — only charge for data when devices are active.

“The IoT market has almost been conditioned to think of connectivity as something that needs to be designed around and ‘made to fit,’ which has become the status quo and normalized,” Karlsen said. “So, when we tell our customers they can also use the network to double their devices’ lifetime, half battery consumption, lower data consumption by 90%, drive down debugging time, cut costs and increase stability with nothing but a network change, that’s when people really start to listen and realize the power that lies in controlling the full network architecture and tailoring that to IoT.”

When a customer installs one of Onomondo’s SIM cards in their IoT devices, information about each device is sent to the cloud. As the devices move from one country to the next, the platform automatically routes the connection through the local network infrastructure. The device doesn’t need to update itself or share sensitive data with local networks, and the device owner stays in control, Karlsen claims.

Pål Malmros, a partner at Verdane, said that companies in “asset-rich” industries like transport, manufacturing, and logistics are the target for Onomondo’s technology. “[These industries] have long attempted to harness IoT to manage supply chains, improve automation, and drive efficiency,” he told TechCrunch in an email Q&A. “By redesigning existing connectivity architecture to create a single virtualized IoT network, without reliance on the traditional operator network stack, the Onomondo team is bringing a fresh, next-generation approach to the challenges the IoT market continues to face.”

It’s a tough market indeed. In January, Sigfox, a French IoT startup that had raised more than $300 million, filed for bankruptcy protection as the pandemic sharply depressed sales. The company blamed the global chip shortage, in part, for squeezing the larger electronic components market and — by extension — the demand for IoT device networks. 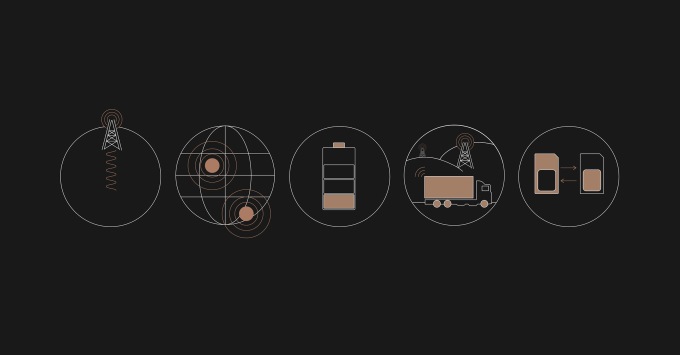 But Karlsen insists that Onomondo remains resilient, onboarding around 50 new customers per quarter. Current customers include Bosch, Carlsberg, and Maersk.

“Business in the first quarter of 2022 was solid and we saw an x4 increase in new customer intake as well as continued triple-digit yeasr-over-year growth within our existing customer base compared to 2021,” Karlsen said. “With this new funding, we are looking to meet our planned projection of tripling our ARR twice over the next two years … [It’ll] allow us to accelerate our strategy and capture more market share predominantly in Europe.”

To date, Onomondo has raised more than $26 million in capital.