On 20th July, in Ha Noi, the meeting of the Steering and Organising Boards of the 3rd Vietnam-Laos border cultural, sports and tourism exchange festival in Dien Bien Province in 2022 took place. Ms. Trinh Thi Thuy – Deputy Minister of Culture, Sports and Tourism (MOCST) – Head of Steering Board of the Festival and Mr. Vu A Bang – Vice Chairman of Dien Bien Provincial People’s Committee – Head of Organising Board of the Festival co-chaired the meeting.

The Vietnam-Laos border cultural, sports and tourism exchange festival is a grand cultural and political event towards the 60th anniversary of diplomatic relations (5th September, 1962 – 5th September, 2022) and the 45th year of the signing of the Vietnam-Laos Treaty of Amity and Cooperation (18th July, 1977 – 18th July, 2022).

Simultaneously, this event is an opportunity to introduce and promote the potentials and strengths of culture, sports, tourism and ethnic traditions in the process of innovation, integration and development; contribute to preserving, promoting and honouring the national cultural identity; raise awareness and sense of responsibility in building and developing Vietnamese culture and people, to meet the requirements of sustainable development of the country. 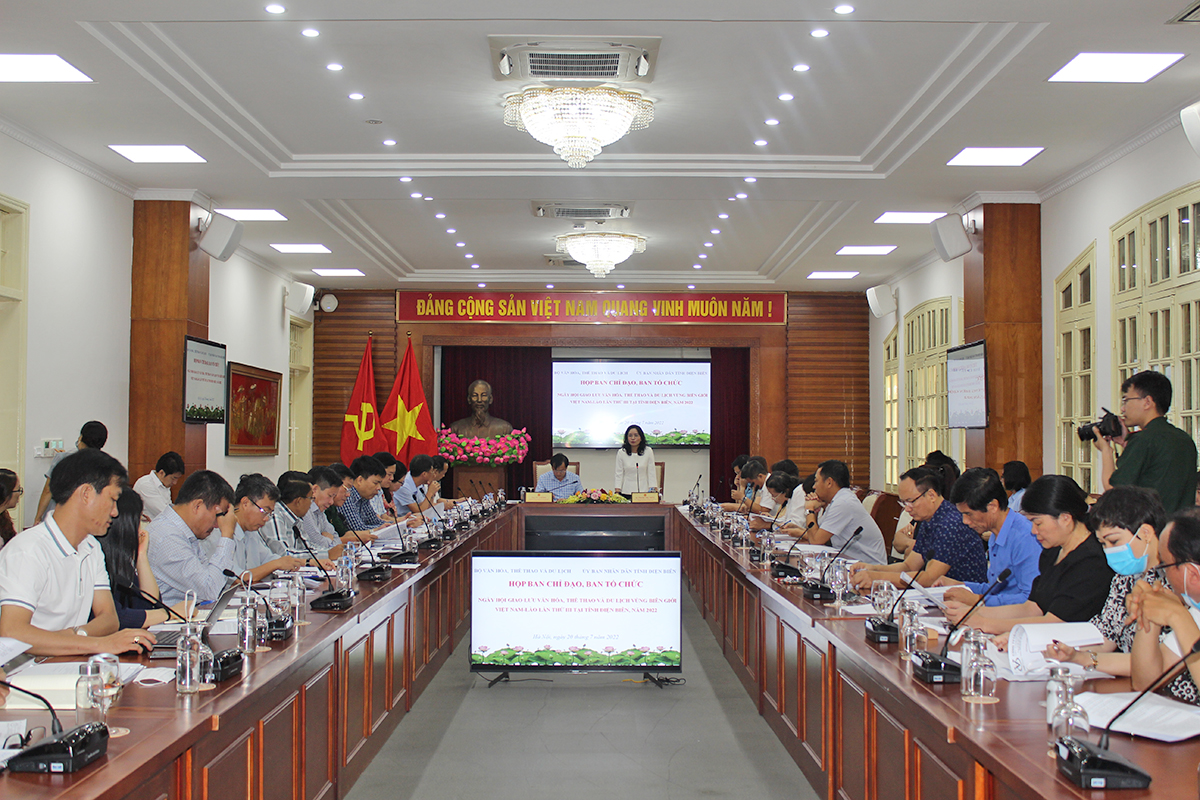 According to the Organising Board, the Festival will take place in 3 days in September 2022 in Dien Bien Phu City, Dien Bien Province (North-west Vietnam) with the participations of provinces from Vietnam and Laos. There are 9 provinces on the Vietnamese side: Dien Bien, Quang Tri, Quang Binh, Son La, Thua Thien Hue, Thanh Hoa, Nghe An, Quang Nam, Kon Tum. On the Laos side, 10 provinces that share border with Vietnam are Luang Prabang, Houaphanh, Attapeu, Sekong, Xiangkhouang, Bolikhamxai, Khammouane, Savannakhet, Salavan, and Phongsaly.

Besides the Opening and Closing ceremonies, in the framework of the Festival, there are variety of activities such as: Incense offering ceremony for martyrs at Dien Bien Phu battlefield; Opening ceremony of cultural, sports and tourism activities; Performance activities, festival introduction, cultural rituals; Ethnic costumes show; Community exhibition of ethnic minorities in border areas; Organising of famtrip, presstrip; Workshop on association and cooperation in tourism development in the border region between Vietnam and Laos; Introducing local cultural and tourism products; Sports matches…

Leaders of Dien Bien Department of Culture, Sports and Tourism stated that the preparation for the Festival has been put to the implementation and ensured on schedule. The Department of Culture, Sports and Tourism will uphold media activities and promote the event on official websites, television, social networks, etc, ensuring the news about the event will be spread widely.

Speaking at the meeting, MOCST’s Deputy Minister Trinh Thi Thuy asked that activities within the framework of the Festival must be organised properly, showing the spirit of solidarity and friendship, ensuring safety, practicality and efficiency. During the event, measures to prevent and control the Covid-19 pandemic must be strictly implemented, following the motto of adaptability, safety, flexibility and effective control, added MOCST’s Deputy Minister.

Vice Chairman of Dien Bien Provincial People’s Committee Vu A Bang said, the Festival is an opportunity for Dien Bien Province and related localities to exchange and promote the traditional identity of the ethnics. He hopes that Dien Bien will receive support from departments, ministries and branches to successfully organise the Festival.