Not a care in the world!

Amy Robach was all smiles as she arrived at her NYC apartment alone on Friday despite the ongoing scandal plaguing her and “GMA 3” co-anchor T.J. Holmes.

The broadcaster appeared unfazed as she made her way home, looking casual in jeans, a camo shirt and an overcoat. She kept her eyes concealed with a pair of sunglasses.

The 49-year-old journalist’s attitude aligns with Page Six’s report that she and Holmes, 45, are “not ashamed” of their relationship despite the fact that it allegedly began before they each separated from their respective spouses.

“They’re not ashamed. They’re two consenting adults, who ended up loving each other,” one source told Page Six this week.

“They hadn’t seen each other since Tuesday. It’s not how they wanted [news of their relationship] to come out, but it’s also kind of a relief,” the source added.

The duo showed up to work together “as a couple” Thursday and taped “GMA 3” without acknowledging the affair headlines, which broke on Wednesday.

Insiders told us that Robach’s marriage to Andrew Shue officially came to an end “about six months ago,” and they’re close to finalizing their divorce.

However, a separate source close to the situation told us Holmes’ estranged wife, Marilee Fiebig, was “blindsided” by her husband’s alleged affair, as they were trying to “work things out” in their strained marriage.

“She’s devastated. She had no idea,” our source said. “They haven’t been together in [a while], but they were trying to work it out.

Robach is close to finalizing her divorce from Andrew Shue, while Holmes’ estranged wife has been “blindsided” by the alleged affair. 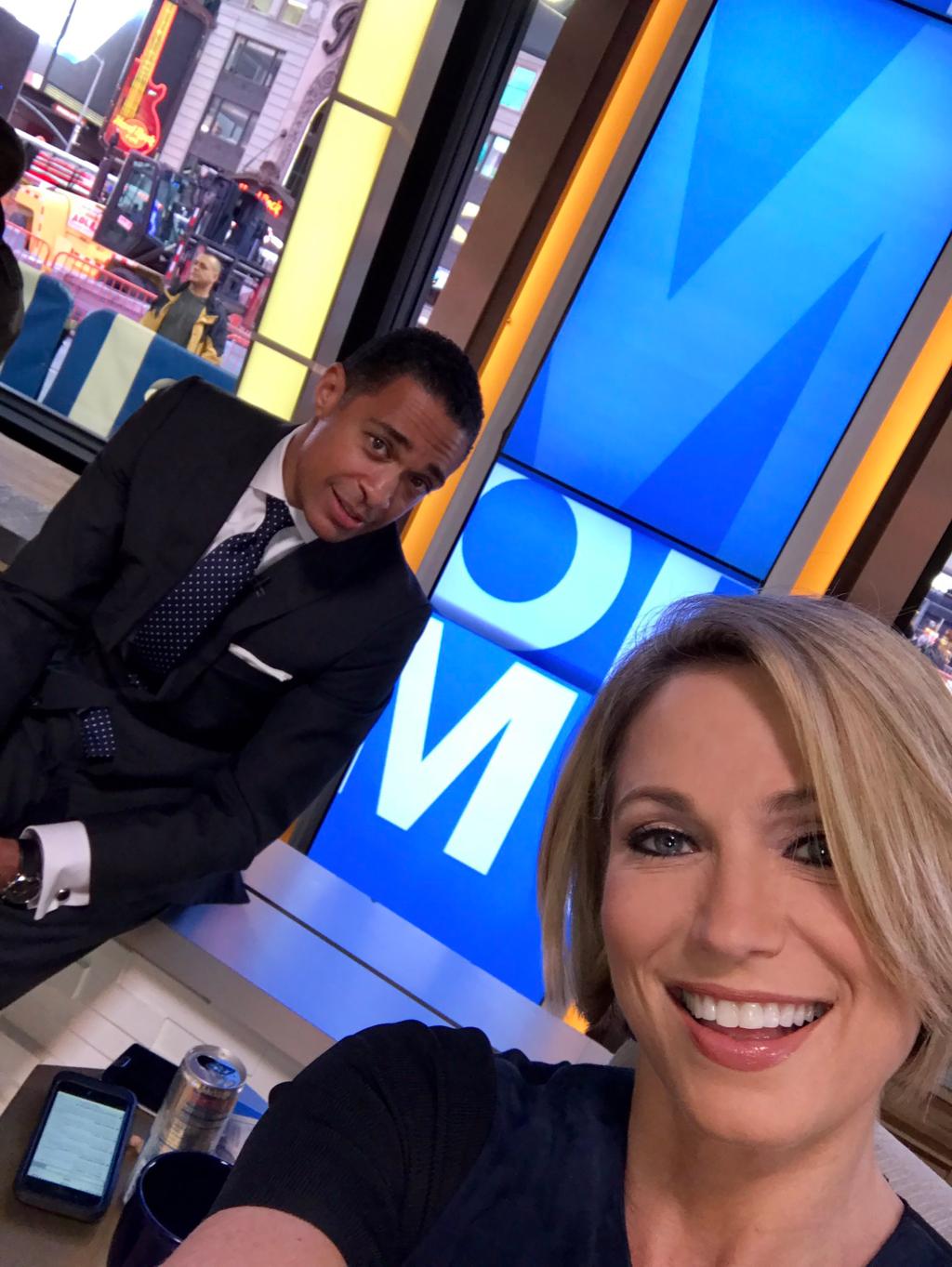 Robach is close to finalizing her divorce from Andrew Shue, while Holmes’ estranged wife has been “blindsided” by the alleged affair.

The rapper attacked his ex to “redirect everyone’s attention after…

The source notes that while Fiebig hasn’t been wearing her wedding ring, the now-estranged couple were attempting to reconcile before the bombshell news.

As Page Six reported, Holmes and Robach allegedly have been dating since March while training for the New York City Half Marathon.

While the alleged affair has rocked “Good Morning America” and ABC, sources confirmed to us that the network won’t be disciplining the couple.

“All they care about is the ratings,” our source shared. “This is ratings gold. That’s why [ABC News President] Kim [Goodwin] wanted them on the show today.”