Amy Robach and T.J. Holmes taken off air by ABC...

“GMA3” anchors Amy Robach and T.J. Holmes have been taken off the air amid their bombshell affair scandal.

ABC News president Kim Godwin announced Monday during an internal call that the pair would not host their daily 1 p.m. show.

Godwin told staffers on the call that the alleged affair had become too much of an “internal and external distraction.”

She said, “After a lot of thought I am taking Amy and T.J. off the air as we figure this out.”

Godwin added that while their alleged affair was “not a violation of company policy,” the decision to take them out of their anchor chairs was necessary for the “GMA” brand.

Stephanie Ramos and Gio Benitez will host “GMA3” this week while further internal meetings take place at the network about how to handle the scandal.

News broke last week that the two have allegedly been involved in a romantic affair. 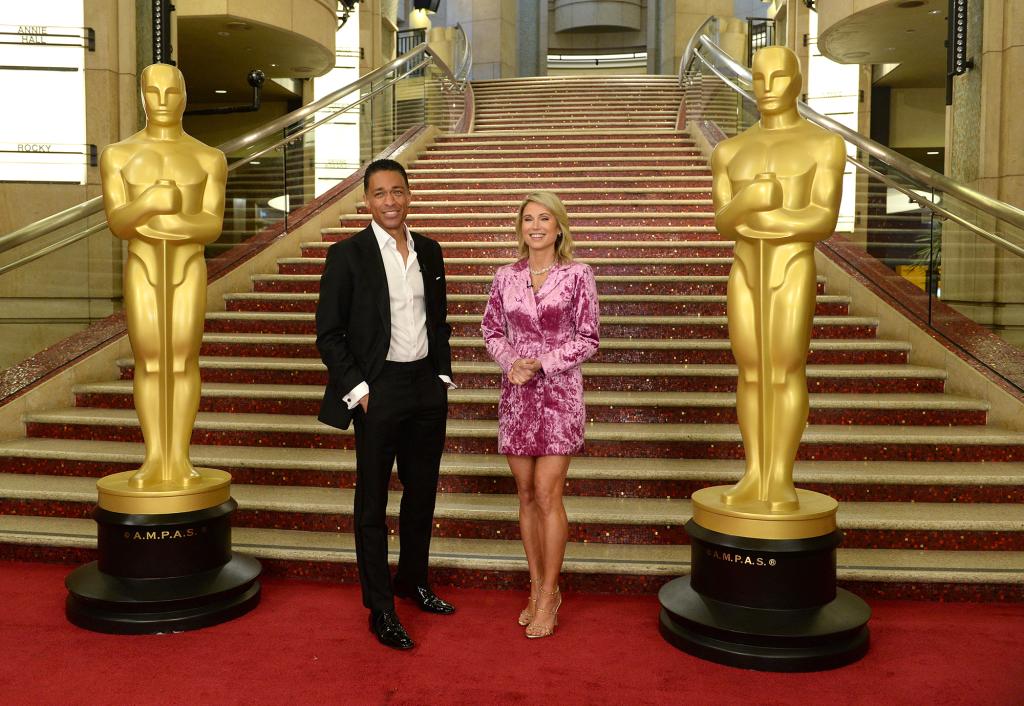 News broke last week that the two have allegedly been involved in a romantic affair.

“A lot of the things that have come from your…

Multiple sources told Page Six that the alleged affair has not gone down well with top “GMA” anchor Robin Roberts, who is “not only very religious, but also doesn’t like this kind of scandal tainting the show.”

Page Six reported that Roberts, 62. had confronted Robach, 49, and Holmes, 45, about the affair. An insider told us Roberts “pulled them both aside and basically said, ‘Stop it.’”

Robach and Holmes’ relationship was outed last week after the pair was spotted meeting at bars near ABC’s Midtown studios.

It is believed their romance could have began as early as the spring, while other sources close to the anchors insist the affair began in August when they both separated from their respective spouses.

A rep for ABC News declined to comment. Daily Mail was first to report the news Monday.