Angelina Jolie shops with daughter as Brad Pitt’s time with...

Angelina Jolie spent quality time with her daughter Vivienne on Wednesday, just as sources revealed that Brad Pitt’s relationship with the exes’ kids is “strained” and “limited.”

The “Maleficent” star, 47, and her 14-year-old were spotted loading groceries from Lassens in Los Angeles into the trunk of their black SUV.

Jolie was dressed in a white dress with a gray shawl and had her hair pulled back into a ponytail for the errand run.

Meanwhile, Vivienne looked comfortable in a Ben Platt concert T-shirt, gray sweatpants, a low bun and a face mask to prevent her from contracting COVID-19.

The sighting came just a day after Jolie filed a new cross-complaint against Pitt, 58, in which she alleged that the “Fight Club” star allegedly “choked” one of their six children and “grabbed” and “shook” her in the infamous 2016 private plane ride that ended their marriage.

The “Girl, Interrupted” star claimed their kids — who also include Maddox, 21, Pax, 18, Zahara, 17, Shiloh, 16, and Vivienne’s twin, Knox — had been “traumatized” over the incident that took place mid-flight from France to California after visiting their family’s château.

“To this day, they have all been unable to return to Château Miraval due to its association with these traumatic events, including the children who are now legal adults,” Jolie’s lawyers said in court documents obtained by Page Six on Tuesday.

A rep for Pitt told Page Six on Wednesday, however, that Jolie’s new allegations are “completely untrue.” The award-winning actor was also cleared by the FBI following a child abuse investigation in 2016.

Sources told TMZ on Wednesday that the “Tomb Raider” star has been on a “campaign of alienation,” which has resulted in Pitt having a “limited and strained relationship” with his children.

The insiders also claimed that Jolie has “poisoned” the kids to the point that the “Bullet Train” star has “little to no relationship with any of them.”

Jolie filed for divorce in September 2016 — just six days after the plane incident, launching a custody war between her and her ex.

That same year, Maddox — the couple’s oldest child — gave insight into his broken relationship with his dad.

When asked by a reporter about their possibility of their relationship being over, the college student responded, “Well, whatever happens, happens.”

Jolie has had more public sightings with her kids than Pitt — even taking them to several red carpet events. 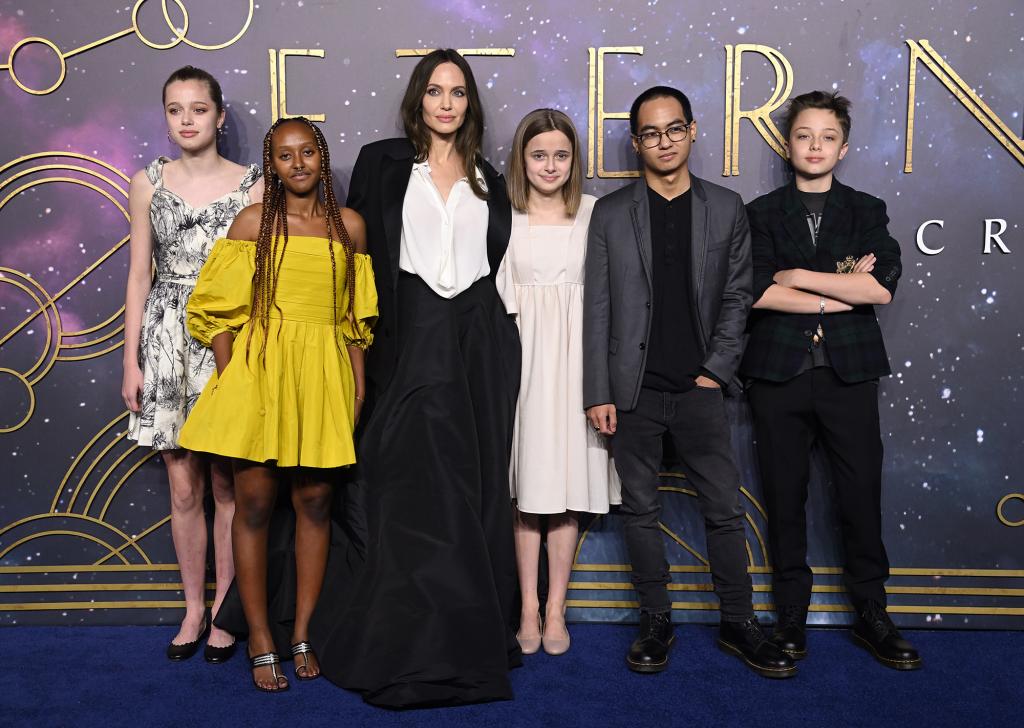 Jolie has had more public sightings with her kids than Pitt — even taking them to several red carpet events.

The half-sisters have had a rocky relationship ever since a…

Insiders previously told Page Six that they thought Jolie had been using Maddox as a pawn.

“Maddox seemed prepared for the interview,” a suspicious source said in September 2019.

“He wasn’t trying to fend off the interviewer — so people in the industry think maybe it’s an effort by Jolie’s camp to stir things up, even though things have been relatively calm.”