She won his final rose.

“Our engagement was exactly how I imagined it,” Yrigoyen, 33, captioned the post, where he could be seen getting down on one knee during a romantic boat ride in San Diego, Calif.

“I love you so much Alexandra. I can’t wait to spend forever with you lil Al.”

Farrar also celebrated the milestone moment in a social media post of her own.

“When two become one,” the yoga instructor wrote alongside a pic of the pair smiling at the camera followed by a closeup of her gorgeous diamond ring.

“I love you Garrett Vincent Yrigoyen,” she added. “I want all of you forever, everyday. HECK YES I WILL MARRY YOU!!!!”

Yrigoyen’s Bachelor Nation friends showered him with love in the comments section of his post.

The couple began dating in November 2020 and made their relationship Instagram-official the following February.

In 2018, as his “Bachelorette” journey was unfolding, Yrigoyen was called out for “liking” Instagram posts that mocked undocumented immigrants, the trans community, liberal feminists, and that spread misinformation about Parkland, Fla., shooting survivor David Hogg.

Yrigoyen split from Becca Kufrin in 2020, two years after getting engaged on “The Bachelorette” Season 14. 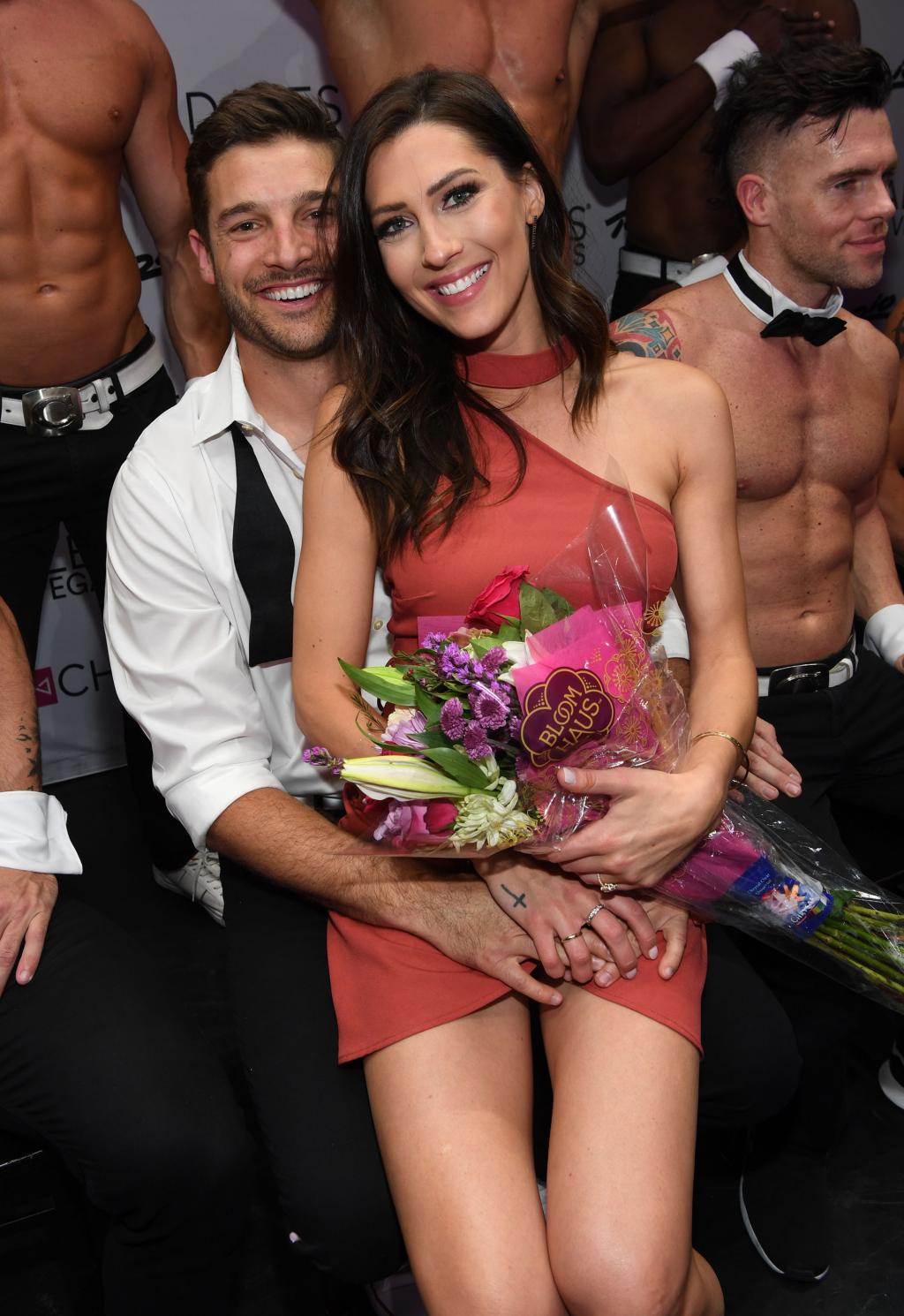 Yrigoyen split from Becca Kufrin in 2020, two years after getting engaged on “The Bachelorette” Season 14.

Meanwhile, Kufrin has since moved on with “Bachelorette” Season 17 alum Thomas Jacobs, whom she met on “Bachelor in Paradise” Season 7.

The “Bachelor Happy Hour” co-host, 32, proposed to Jacobs, 28, in May, writing via Instagram, “In the ultimate plot twist…HE SAID YES!”