Bad Bunny shocked viewers when he kissed one of his male backup dancers at the 2022 MTV Video Music Awards Sunday night.

The “Callaíta” singer, 28, was performing his hit song “Tití Me Preguntó” at Yankee Stadium when a female dancer pulled him in for a smooch.

Bunny, whose real name is Benito Antonio Martínez Ocasio, then turned to the other side and kissed the male dancer.

The Puerto Rican rapper delivered the steamy performance after making history by becoming the first non-English-language singer to win Artist of the Year.

“Me on the way to be Bad Bunny’s second male kiss,” one Twitter user wrote, adding a video of a woman riding a motorcycle.

Fans took to social media to share their reactions to the VMAs smooch. 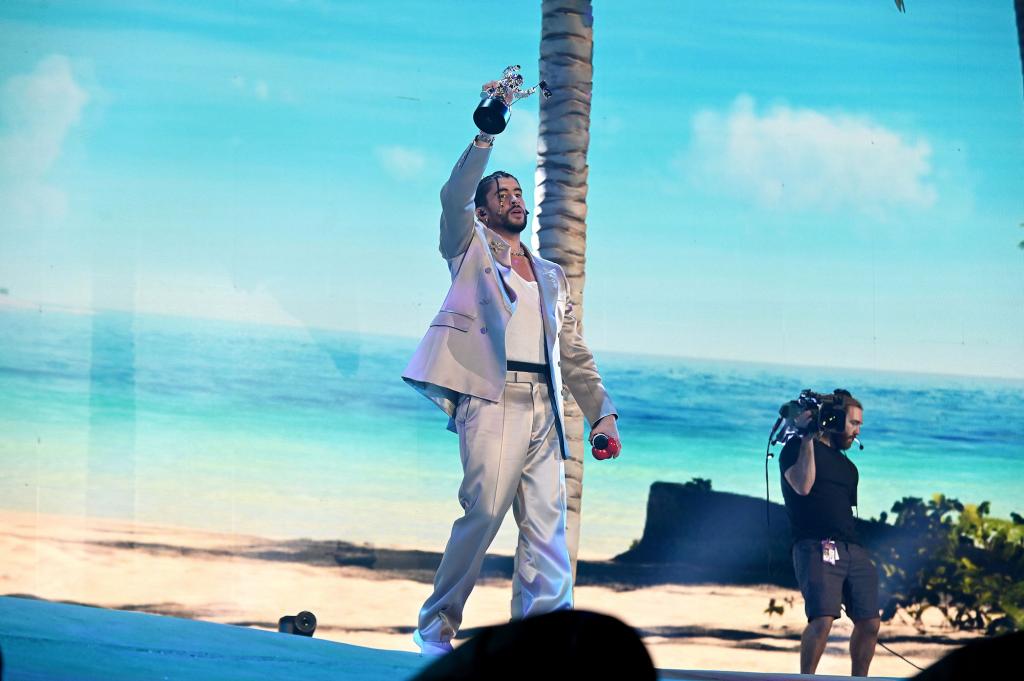 Fans took to social media to share their reactions to the VMAs smooch.

The “Suits” alum also dished on her and Prince Harry’s…

“I REALLY GOT TO SEE BAD BUNNY KISS A MAN ON STAGE WITH MY OWN TWO EYES. WE LOVE BISEXUAL BENITO,” another fan tweeted.

Several fans also speculated that the “Ojitos lindos” singer planned the kiss to pay homage to Madonna, Britney Spears and Christina Aguilera — as the “Material Girl” singer infamously gave both pop princesses a kiss during their 2003 VMAs performance.

Bunny is currently dating Gabriela Berlingeri, and although he has previously spoken out about masculinity and sexuality in the Latinx community, he has not defined himself as gay or bisexual.

Berlingeri seemed to be supportive of her beau’s kiss, posting a photo of him accepting his groundbreaking award to her Instagram Story Monday morning.