Harry Styles and Olivia Wilde pack on the PDA in...

“Holivia” is still hot and heavy.

Harry Styles and Olivia Wilde packed on the PDA during a date in New York City on Thursday night.

The couple passionately kissed and embraced each other in the streets of Manhattan.

The pop superstar, 28, and the actress, 38, chose casual attire for their outing. Styles sported a white shirt, baggy blue jeans and a cream jacket, while Wilde wore loose denim, a white top and black hoodie.

Styles finished his 15-night residency at Madison Square Garden Wednesday — with Wilde supporting him from the VIP area of the arena.

The pair’s steamy interactions the next night came weeks after they faced breakup rumors.

Fans speculated about a split due to their seeming distance at the Venice Film Festival, where they promoted their scandal-plagued film “Don’t Worry Darling.”

However, any tension was likely due to the ongoing drama between the “DWD” cast.

According to an insider who reportedly spent “significant time” on set for the film, Wilde — who starred in and directed the movie —  had a “blowout argument” with her lead actress, Florence Pugh, in the midst of filming the psychological thriller. 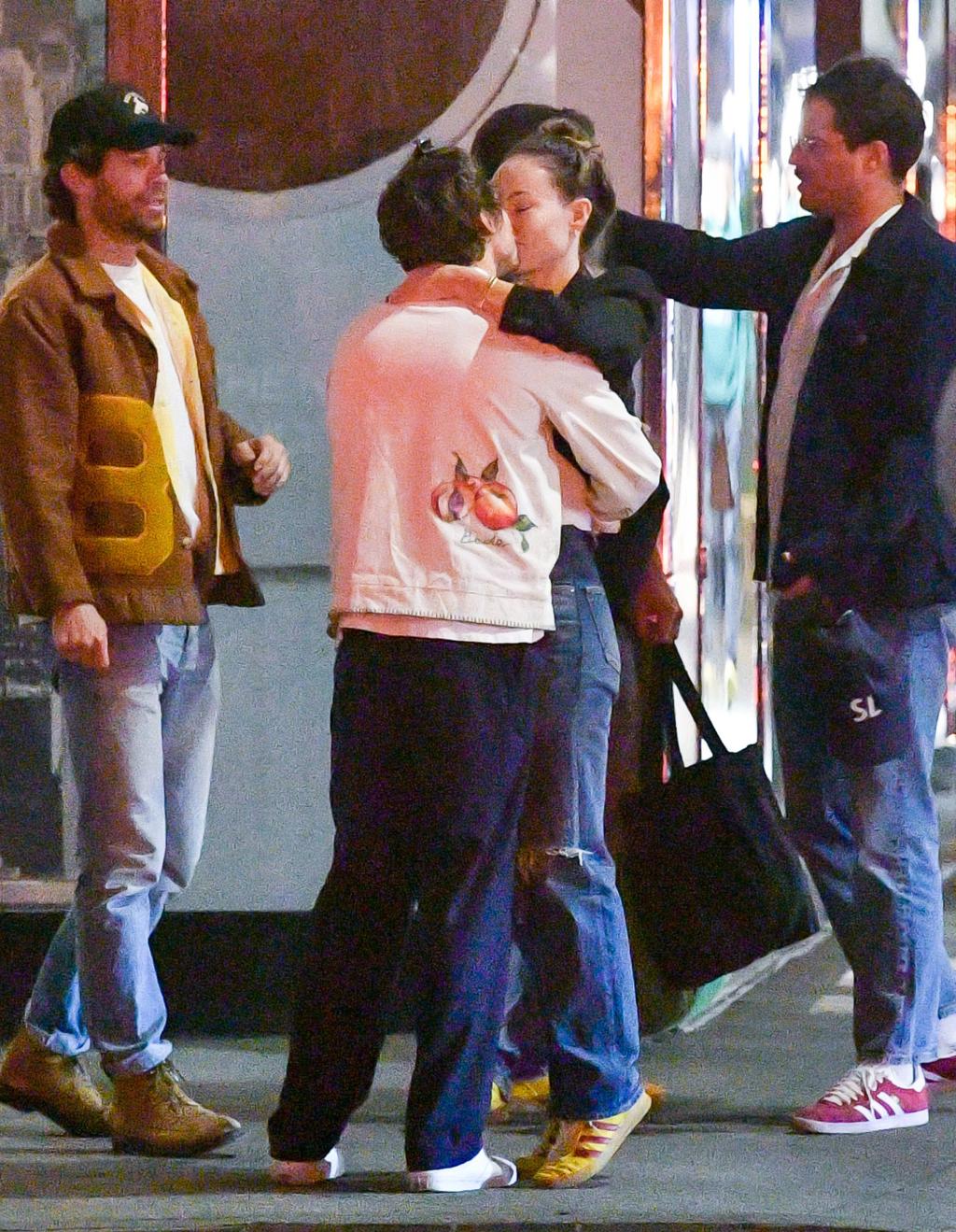 Insiders claim to “Courtiers: The Hidden Power Behind the Crown”…

Pugh plays opposite Styles in the film. She was purportedly unhappy with Wilde’s “frequent, unexplained absences” once she started dating the “Watermelon Sugar” singer.

“Olivia and Harry would just disappear,” the source told Vulture about Pugh’s frustrations leading up to the alleged fight in January 2021.

A source previously told Page Six that Pugh was not wild about Wilde and Styles’ romance.

“I can tell you for a fact that Flo seeing Olivia and Harry all over each other on set did not go down well as Olivia was still with Jason when she first hooked up with Harry,” a source told us back in July, noting that the actress-turned-director called it quits with Jason Sudeikis while filming.

Things got worse when Shia LaBeouf rebutted Wilde’s claim that she fired him from “DWD” in order to protect Pugh. The actor, 36, claimed he had quit the film due to scheduling conflicts and offered receipts to prove it, including video and screenshots of their conversations.

Wilde later doubled down on her claims, telling late-night host Stephen Colbert that LaBeouf gave her an “ultimatum” and she was “happy” she chose Pugh.

Despite the apparent discord, Warner Bros executives Michael De Luca and Pam Abdy told Page Six in a statement Friday, “We are so proud of the work that Olivia Wilde has done making this incredibly beautiful and entertaining film and look forward to collaborating with her again.

“The studio is very grateful and appreciative of the tireless support by Olivia in bringing her vision to life from production through release. Any suggestion of conflict between the studio and Olivia is simply not true.”

Shortly after, Pugh said in an Instagram post that she was “grateful” for the experience, sharing several photos that included Wilde even if the latter wasn’t explicitly mentioned.