“No one’s life is perfect, but hers is pretty close.”

Heather Dubrow “laughed” off the claims that her husband, Dr. Terry Dubrow, had cheated on her, which is why she allegedly missed out on filming for the upcoming season of “The Real Housewives of Orange Country.”

“Success breeds contempt, friend. So no one’s perfect, no one’s marriage is perfect, lives are perfect,” Heather, 53 exclusively told Page Six at BravoCon. “In general, you have to know at the end of the day that you have to go home to your life and your troop.”

She continued, “So what other people want to say about you, sometimes it’s annoying, sometimes you get fed up with it. But in general, you’ve got to blow it off.”

The reality star added that she has “tried” to shut down the rumors before, but is always met with backlash.

Terry, 64, also called out the ludicrous allegations, saying that “the initial rumor was she wasn’t filming, but she was filming every single day,” to which Heather joked, “Oh yeah, I wasn’t filming because I was ‘devastated.’ I’m like, can someone give me a devastation break because I could use four days to just go to the spa and nap, you know.”

While the “very weird” rumors are upsetting, Terry says he and his wife are used to their marriage being “targeted” on the reality series.

“We’ve been targeted for other things before that we’ve kind of just ignored as well,” he told us, seemingly alluding to his lawsuit drama which unfolded on the hit series.

Heather said the pair “laughed” after hearing the rumors. 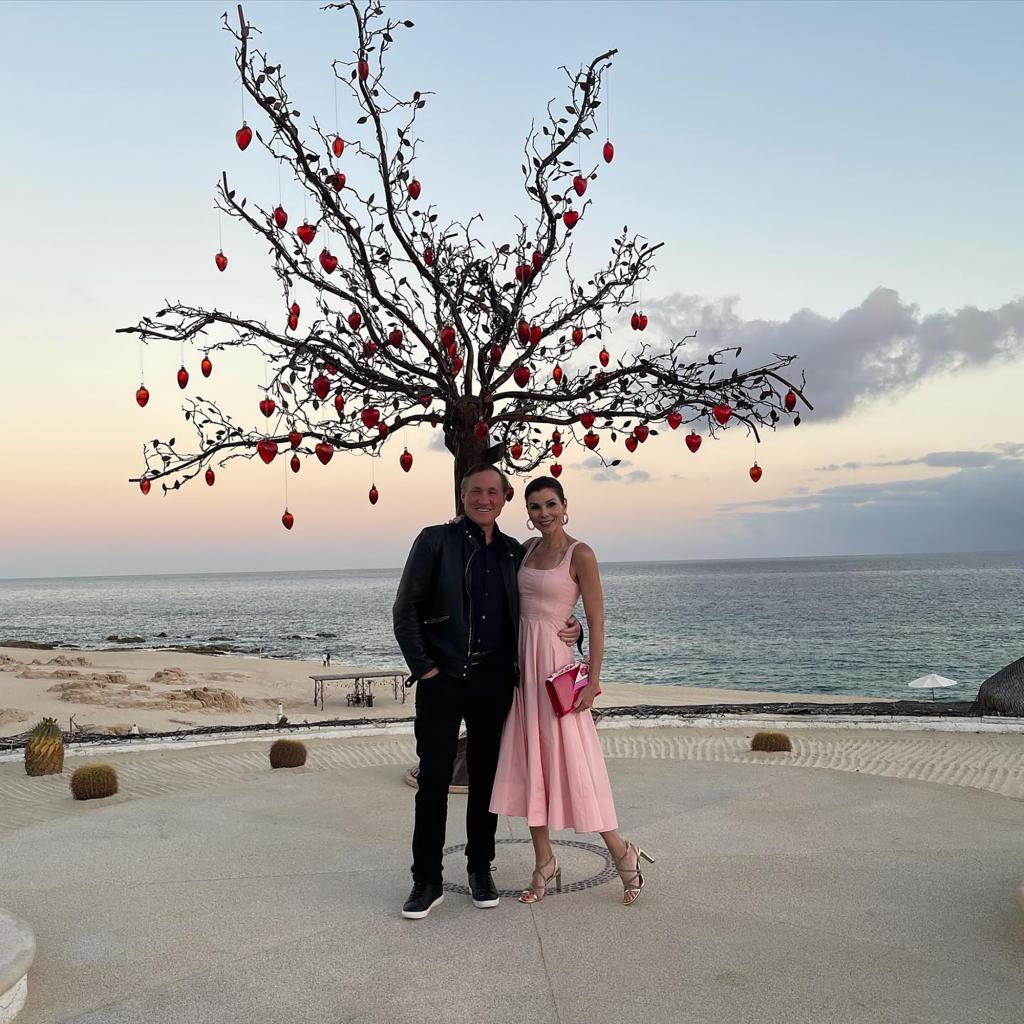 Heather said the pair “laughed” after hearing the rumors.

The Tampa Bay Buccaneers quarterback was seen without his ring…

However, while the Dubrows are able to look past the rumors, their four children are having a harder time.

“That’s the problem. You ignore and you let it go,” she said. “But at some point, it gets frustrating. And we have children and they are old enough to see things and hear things. And even though they know things aren’t true, that’s upsetting to a kid. We have two kids at college, they’re away from home that we need to protect.”

Amid the speculations, the couple, who have been married since 1999, put on a united front earlier this month while spending the day at Disneyland.

The reality TV stars were all smiles as they were spotted hugging and holding each other while visiting the iconic theme park.

The loved-up outing came just one day after the mother of four shot down claims her longtime husband was having an affair.

“This is not true, on any level,” the Bravolebrity wrote on Instagram after celebrity gossip page Deuxmoi posted an “anonymous” message with the subject line, “Cheating Allegations in the OC.”

The DM read, “This housewife has not been seen filming with her colleagues for weeks. Word on the street is … her husband’s affairs surfaced and we know who is not afraid to air it all out.”

However, that wasn’t the first time Heather had to set the record straight on her marriage.

“There’s a rumor online right now that Terry was banging his assistant for years,” she said on an episode of her “Heather Dubrow’s World” podcast back in April. “It’s not true. I’m not going to give it any weight or any life because it’s stupid.”