Kim Kardashian’s daughter recently celebrated her 9th birthday with a “spooky” wilderness party, and Kourtney Kardashian gave an inside look at the bash via Instagram Thursday.

The Poosh creator, 43, showed her daughter, Penelope, 9, trying her hand at zip-lining and shooting arrows in the woods.

The camping trip also included card games and Bananagrams by the fire, according to Kourtney’s slideshow.

Although Kim, 41, has yet to share photos from her and Kanye West’s eldest child’s party, she described the event to Jimmy Fallon.

“[North] wanted to have a spooky wilderness-themed party,” the Skims creator, who is also the mother of Saint, 6, Chicago, 4, and Psalm, 3, said Tuesday. “I took them out camping. 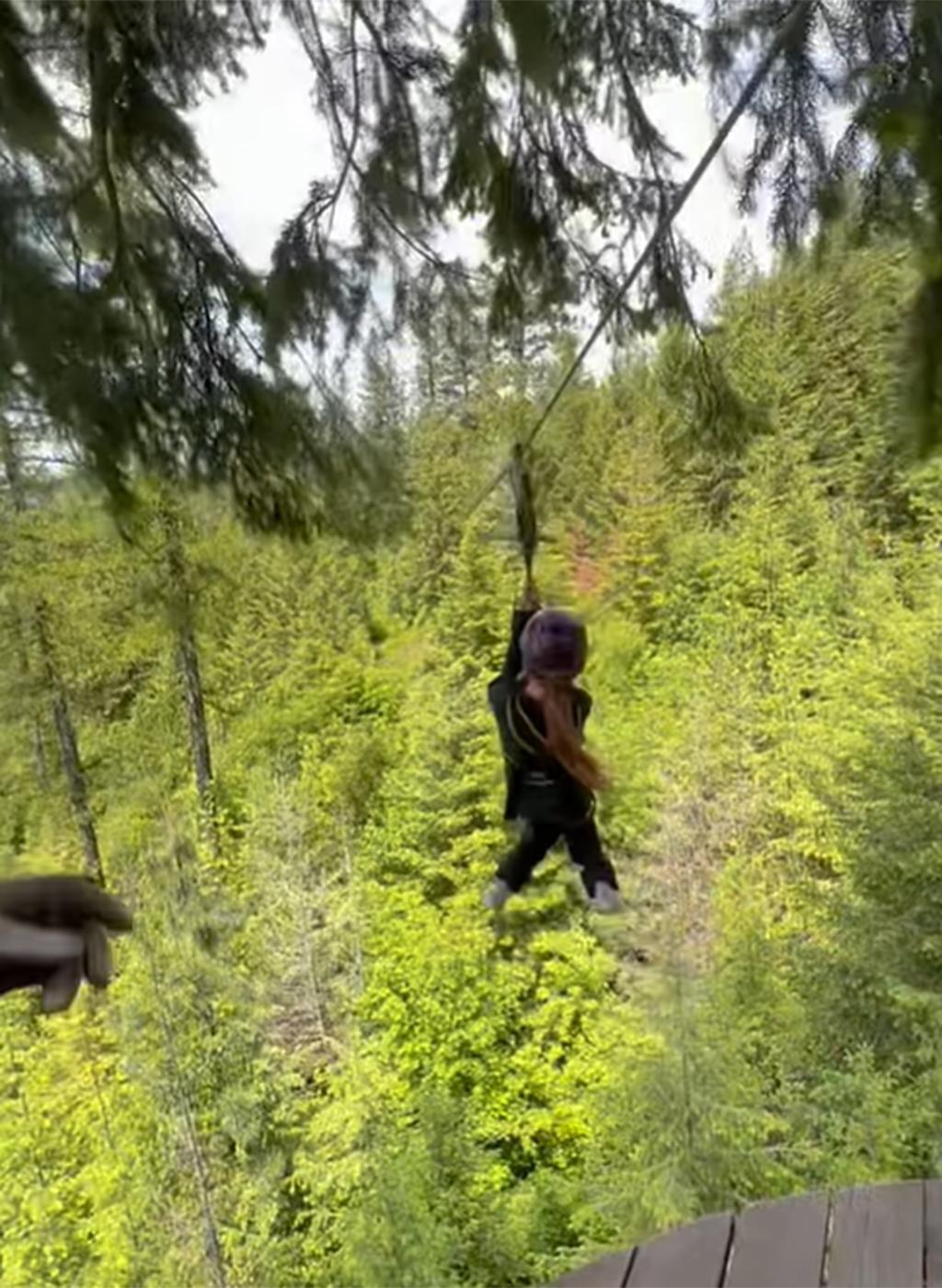 Kavovit, who dropped out of the 2021 mayoral race, told…

“She’s really into special effects makeup. She does really good wounds and scars,” Kim continued during the “Tonight Show Starring Jimmy Fallon” appearance. “She was taking classes … and she wanted to teach her girlfriends [with mannequin heads].”

The reality star joked that she “should be concerned” about North’s unique interest, noting that she has “no idea how she got into it.”

However, Kim is choosing to lean into the hobby, even getting her daughter “a teacher” and “all the supplies” of the trade.

“North was testing out … special effects make up tricks and used tissue on her cheek and covered it in foundation to look like a scar,” Kim captioned an Instagram photo at the time. “I love seeing the looks she creates!”

Two years prior, North roped Saint into helping her try to convince West, 45, of their mom’s death as an April Fool’s Day joke, complete with ketchup as fake blood.

“She begged me to let her spread it on me and on the bathroom as if it was like a bad scary movie,” Kim recalled in an April 2019 Elle interview.

“She taught Saint how to fake-cry — she showed him how to do it! — and then she told him to scream ‘Mommy’s dead!’” the Hulu personality told the outlet, confirming that the rapper was not amused.