Jason Derulo on fitness, fashion faves and his toughest TikTok...

Page Six may be compensated and/or receive an affiliate commission if you buy through our links.

Jason Derulo may “Talk Dirty,” but he keeps his wellness routine clean.

And with New Year’s resolution season almost here, the star — who tells Page Six Style he tries “to eat and drink as organic as possible” — has plenty of tips.

“Take walks every day, build a great workout playlist and find a gym buddy,” he says of his top fitness advice, adding, “Listen to your body, eat lots of protein and stay hydrated.”

During his own gym sessions, the singer frequently racks up “likes” while racking up reps; he’s known to share videos of his workouts, in addition to a slew of viral challenges ranging from fitness feats to dance routines.

But while he’s attempted several tricky TikTok trends, one video stands out as the hardest to execute.

“I was on vacation in Greece and was trying to film a jump rope TikTok workout and I kept messing up” he says. “You’d think the hardest TikToks would be with the VFX, but doing that in one take was really hard.”

While he says he’s not sure which viral trend he’ll jump on next, the self-proclaimed “last-minute gifter” — who recently became a co-owner and ambassador for drink company TREO — does know what he’ll be stuffing stockings with this holiday season.

“Normally I like to give a couple of my favorite things from the year, so this year I’m gifting everyone TREO in their stockings,” he said of the organic flavored water, which contains fruit and birch water.

But while the famed thirst trapper is gifting workout beverages designed to hydrate, his own wish list includes sneakers and styles not meant for the gym.

“I am very into fashion, and I recently started to love Philipp Plein’s collection,” he says. “His style is bold and empowering. Everything from his sneakers to shirts to jackets — I love it all. If I see a Philipp Plein box under my tree, I’ll be happy!”

The designer’s winter 2022 collection includes a slew of giftable styles, ranging from cold-weather staples like a Quilted Down Jacket ($788, originally $1,575) to plenty of currently-on-sale kicks.

The star welcomed his son, Jason King Derulo, in May 2021. 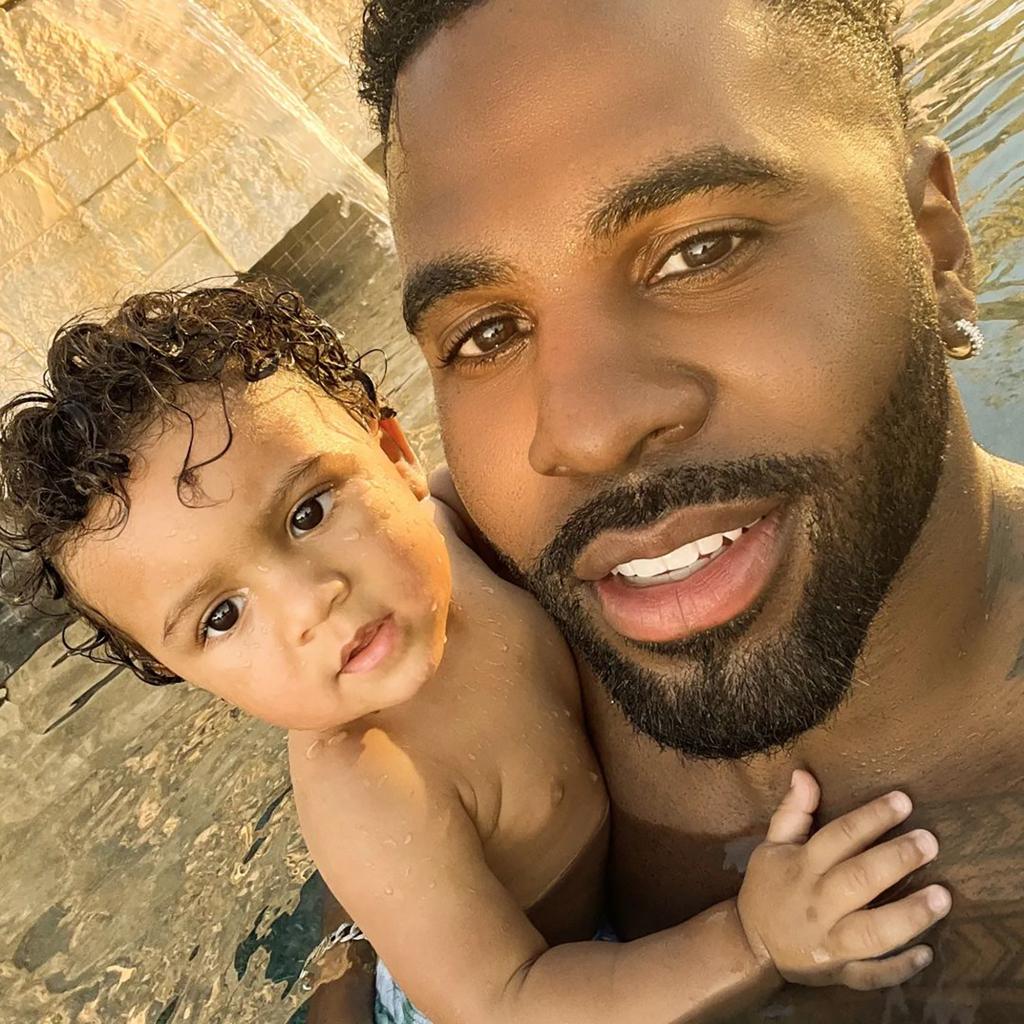 Perhaps the little one will follow in his father’s musical footsteps.

The actor may have received a lifetime achievement award this…

But at the end of the day, nothing under the tree will top the best present Derulo’s ever gotten.

“My son, King is the best gift I could ever receive,” he says. “He’s come and turned my world upside down in the best way.”

“[He] loves music just as much as I do, so this year I’m getting him his first guitar,” Derulo added.