Kanye West referenced his previous anti-Semitic remarks and vowed to abstain from sex until marriage in a new song posted to Instagram on Wednesday.

“Waking up to / I can’t do this anymore text / And The Bible said / I can’t have anymore sex / Till marriage / And no drip till Paris / And the meek shall flurish,” he captioned a purple graphic photo.

The verse continued, ” And everyone’s a Karen / When they claim they care and / Wasn’t given a fair hand / Getting calls from parents / God calls for prayer rants”

The 45-year-old rapper went on to claim the reason his previous partners — including ex-wife Kim Kardashian and model Juliana Nalú — left him was because he was constantly in the “headlines.” 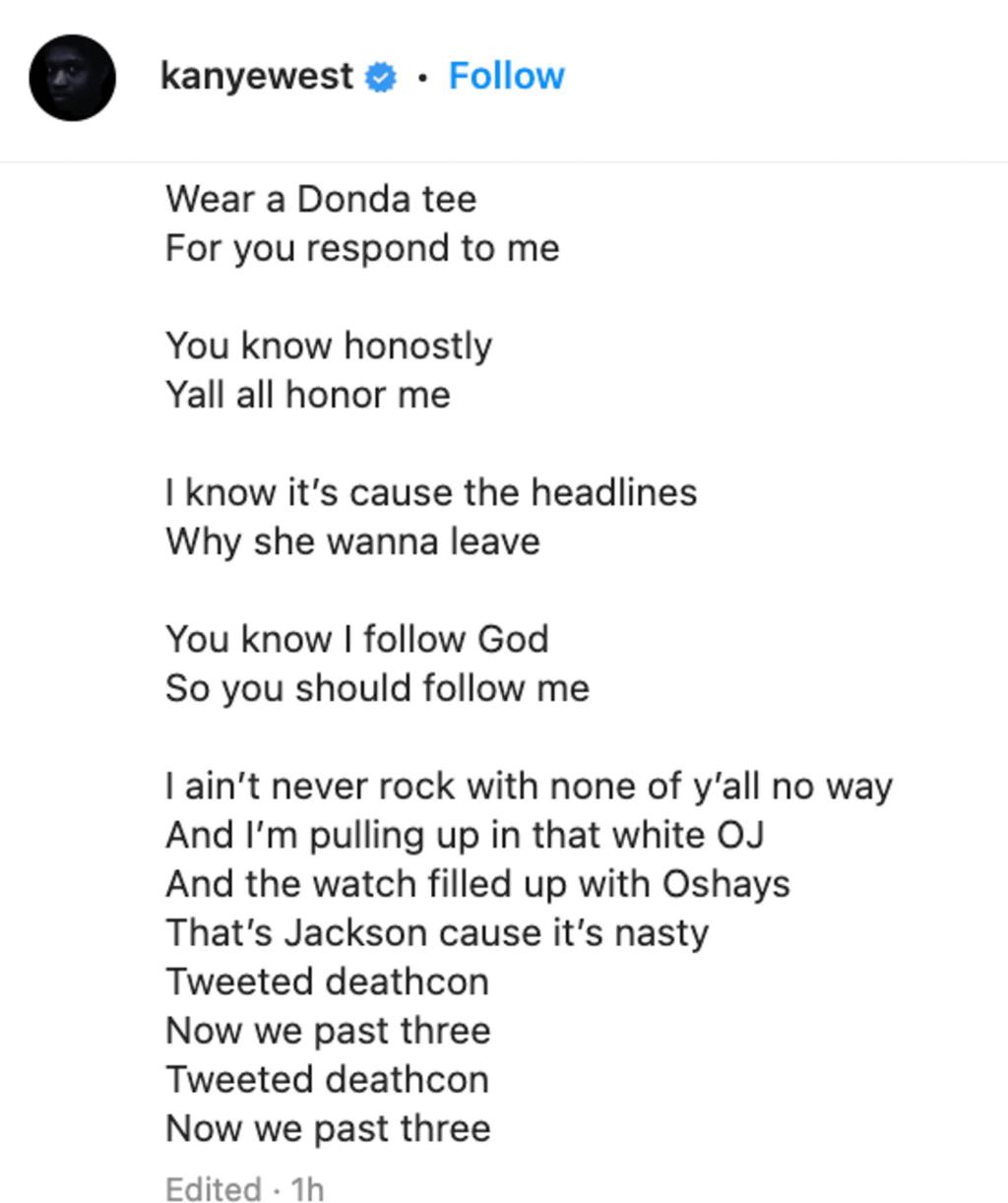 “You know honestly / Yall all honor me / I know it’s cause the headlines / Why she wanna leave.”

The rapper seemed to be alluding to his previous disturbing tweets in which he vowed to go “death con 3 On JEWISH PEOPLE.”

While his remarks shocked many, some of his former employees claimed that the Yeezy designer made similar anti-Semitic remarks to them over the past couple of years.

Although West reportedly paid off some of the workers for their silence, other anonymous former staffers say he “mention[ed] conspiracy theories about Jewish people or praise[d] Hitler” during meetings.

In fact, one young professional recalled West showing him a “very revealing and personal” photo of the Skims founder on his phone at the beginning of an interview, according to a Rolling Stone report.