Kim Kardashian and Larsa Pippen avoid each other at starry...

Page Six confirmed that the Skims founder didn’t interact with Pippen at the club, which served as the unofficial afterparty spot following Wayne and Cynthia Boich’s Art Basel bash earlier in the night.

“Kim Kardashian, Khloé Kardashian, and Serena Williams arrived through the back door, stopping for photo ops around 3 a.m. before proceeding to their sister Kylie [Jenner’s] table,” a spy told Page Six.

The source added, “The [Kardashian] sisters didn’t see Larsa Pippen who was sitting on the opposite side of the room” and that they “did not speak.”

Instead, Kardashian was seen having fun and drinking Casamigos reposado with Khloé, Jenner, Travis Scott and Williams. We hear they also took shots of Don Julio 1942.

Jenner and the “Sicko Mode” rapper were “loving on each” other for all to see, according to a spy.

Meanwhile, Pippen may have been distracted from her ex-pal thanks to her rumored new boy toy, Marcus Jordan.

Back in January, the “Real Housewives of Miami” star shared that there was no bad blood between her and Kardashian.

The friendship between Kardashian and Pippen started to peter out in July 2020 when the Hulu star and her sisters Kourtney and Khloé unfollowed her on Instagram.

Page Six reported at the time that the dynamic duo had grown apart.

“[Pippen and Kardashian] are friends, but not close friends,” an insider told us at the time, adding that Kardashian “never followed” Pippen to begin with as she “doesn’t follow that many people” and that the rumor that she unfollowed Pippen is “not true.”

However, Pippen appeared to throw shade at Kardashian in a December episode of “RHOM,” but she later denied that she was slighting her former friend.

Rumors swirled that the Skkn founder and her family turned on Pippen because of her romantic history with Tristan Thompson, who shares 4-year-old daughter, True, and a newborn son with Khloé.

But Pippen claimed that Kim’s ex-husband Kanye West got between them.

While Kardashian and Pippen steered clear of each other at the party, the venue was jam-packed with other celebrities mingling into the wee hours of the morning.

Across the room from the Kardashian-Jenner crew, Leonardo DiCaprio and Tobey Maguire were tucked away in the back corner with Richie Akiva for several hours.

We’re told DiCaprio was enjoying vodka sodas as his drink of choice. 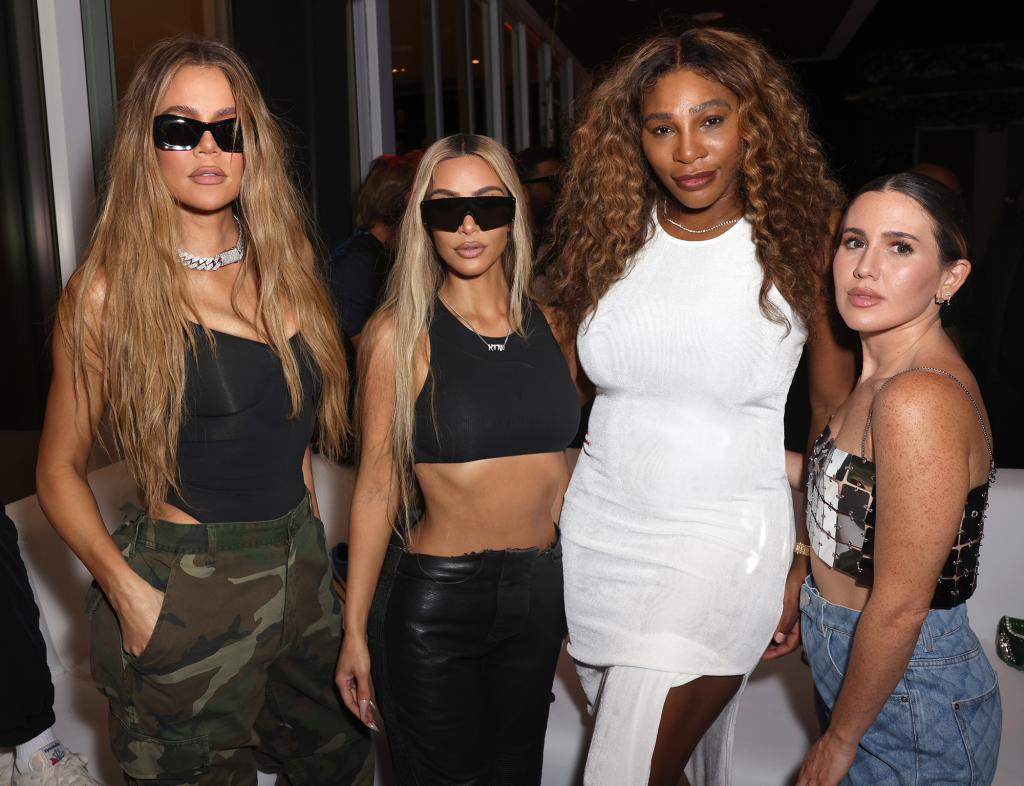 “Gizelle Bryant said something really rude to me!” Kapai claimed…

Shay Mitchell and Dixie D’Amelio arrived at the festivities at the same time as Bella Thorne, all walking in together at around 2 a.m.

Grammy winner Miquel was “having a blast” and even grabbed the mic while standing on the DJ booth to sing his hit “Adorn” for partygoers. Justin Combs also performed in the DJ booth, the spy shared.

And hanging out at Gala’s secret back bar were Hailey Bieber and Zoë Kravitz. Bieber took shots of 818 Tequila and we’re told Jenner and Scott stopped over to hang out for a bit.

The star-studded afterparty at Gala followed the Boich’s blowout Art Basel bash at the Miami waterfront mansion. Page Six reported that a slew of celebrities attended the fête where 50 Cent and the “Highest in the Room” artist performed.