Kourtney Kardashian shared new photos from her and Travis Barker’s courthouse wedding back in May.

The “Kardashians” star posted a slew of photos for her grandma Mary Jo “MJ” Campbell’s birthday, since she was “one of the only two guests” they had at the Santa Barbara, Calif., nuptials.

The first two photos showed Kardashian, 43, and her grandma, 88, cheers-ing champagne flutes at a restaurant, with Kardashian in her short, custom Dolce & Gabbana wedding dress and matching veil.

In a third snap, MJ, Kardashian, Barker, and Barker’s dad, Randy Barker, posed together for a photo outside the courthouse, where they held their legal ceremony on May 15.

A fourth photo also showed the four of them posing together but Barker, 46, kissed his wife on the side of her head while she stared straight ahead at the camera.

Kardashian shared the intimate photos for her grandmother’s birthday as she was one of the two guests with her on the special day. 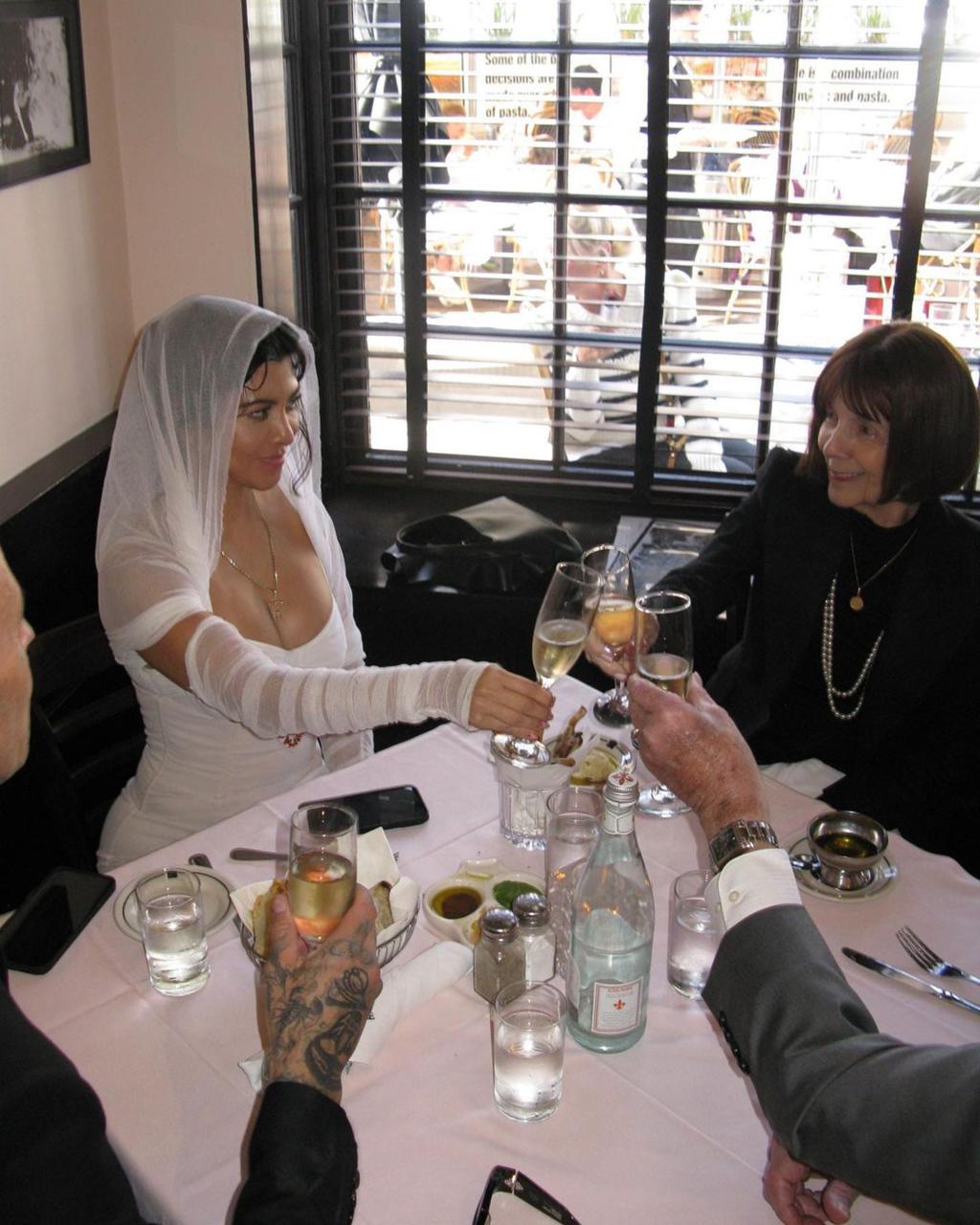 Kardashian shared the intimate photos for her grandmother’s birthday as she was one of the two guests with her on the special day.

As Page Six previously reported, celebrities flocked to Miami for…

The fifth and final photo didn’t include MJ but instead showed Barker and Kardashian putting pen to paper and signing what appears to be a marriage license.

“so happy you could be one of the only two guests we had when we were legally married, I will always remember this day and night with you,” Kardashian captioned the celebratory Instagram post on Tuesday.

At the time, Kardashian posted several photos black-and-white photos from the intimate ceremony on social media, writing alongside them, “Till death do us part.”

The lovebirds may have kept the guest list to two people for their legal wedding, but they went all out for their ceremony in Portofino, Italy on May 22.

The pair started dating in October 2020 after being long-time friends. After a year of dating, the Blink 182 drummer proposed to Kardashian in Montecito, Calif. They eloped after the 64th annual Grammy Awards six months later in a sham Las Vegas ceremony.

A month after the Italian ceremony, Barker was hospitalized for pancreatitis. He recovered and was back in the studio earlier this month.

The Grammy nominee shares two children with ex Shanna Moakler: Landon, 18, and Alabama, 16, as well as his former stepdaughter Atiana, 23. Kardashian also has three children of her own whom she shares with ex Scott Disick: Mason, 12, Penelope, 10, and Reign, 7.