Kylie Jenner shares snaps of son after admitting she regretted...

William Shakespeare once said, “What’s in a name? That which we call a [Kardashian-Jenner baby] by any other name would [be] just as [adorable].”

Kylie Jenner took to Instagram on Wednesday to share photos of her 8-month-old son, whose name — which was initially Wolf Webster — has yet to be announced.

“home 🦋🦋,” Jenner, 25, captioned the six-slide carousel, which began with a candid shot of the bikini-clad billionaire looking down at her bundle of joy lying on a lounge chair by the pool.

The makeup mogul has kept both her second child’s name and his face away from the public, making sure only parts of the little one — including his tiny feet — were visible in her post.

Stormi was seen elsewhere in the fall-themed images petting a horse and carrying the cutest designer backpack shaped like a bat.

On the latest episode of Hulu’s “The Kardashians,” Jenner revealed that she and boyfriend Travis Scott named their baby boy Wolf because she felt “pressure” at the hospital.

“We really didn’t have a name [going in],” she confessed to momager Kris Jenner. “We thought it was going to come to us when we saw him, and it didn’t.”

Stormi Webster was seen elsewhere in the images petting a horse and carrying a bat-shaped backpack. 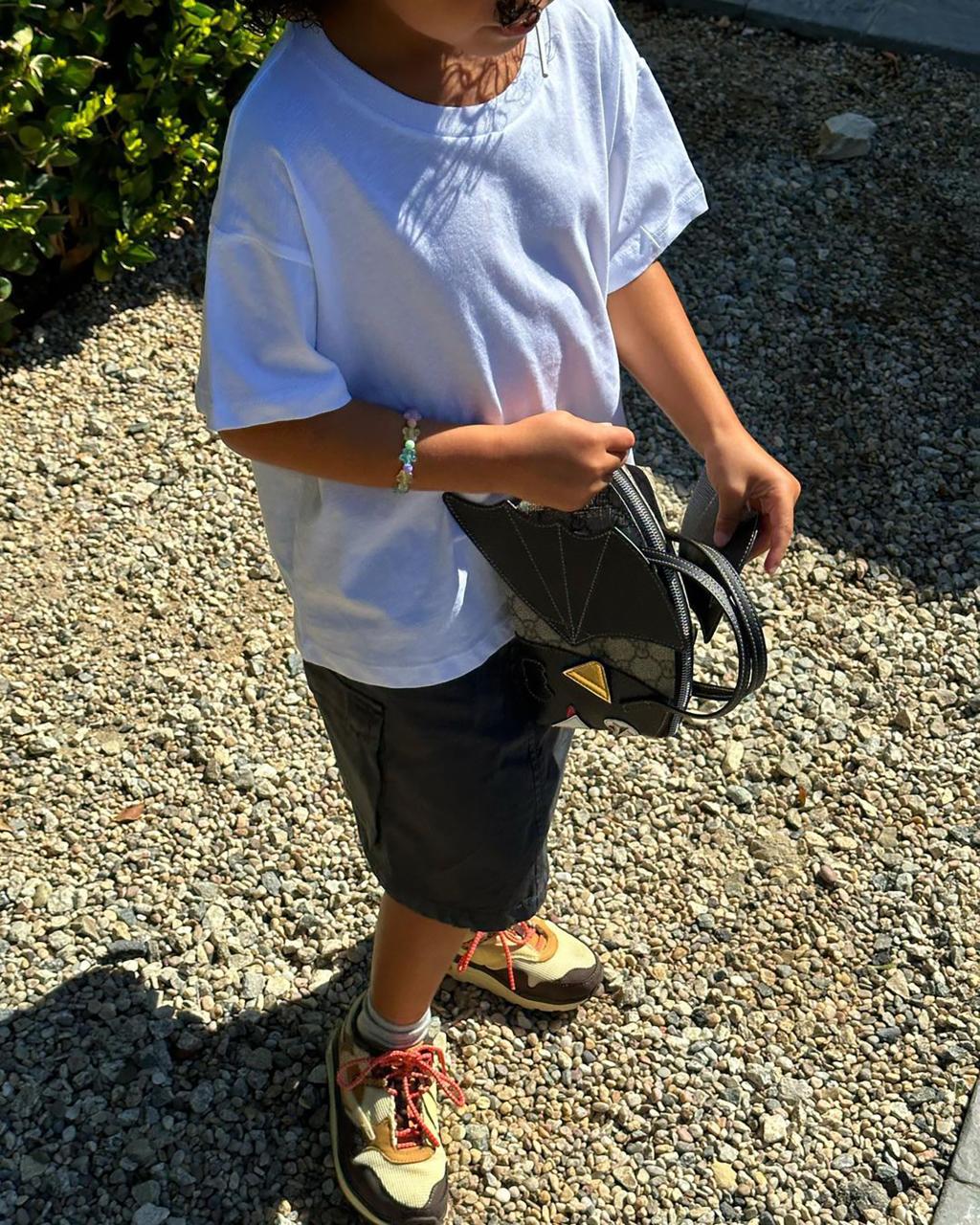 Stormi Webster was seen elsewhere in the images petting a horse and carrying a bat-shaped backpack.

The former “Keeping Up With the Kardashians” star described feeling overwhelmed when it came time “to sign the birth certificate,” noting that her son needed some kind of identification “or else they register him without a name or Social Security number.”

When half-sister “Khloé Kardashian suggested Wolf,” Kylie ran with it because she “liked the WW.” (Scott’s real name is Jacques Webster.)

“We put Wolf Webster in that moment, and right after I signed the birth certificate, I was like, ‘What did I just do?’” she recalled thinking.

Although Kylie assured Kris, 66, that she and Scott have since selected a new and seemingly permanent moniker for Stormi’s brother, she noted that the 31-year-old rapper “still changes” his mind sometimes.

Kylie shared that she and the musician have not yet changed Wolf’s name legally, joking that they were “just waiting for him to name himself.”

Though the lip kit queen has remained tight-lipped about her son’s identity, she admitted to James Corden last month that name No. 2 was not another animal.

The on-again, off-again couple welcomed their second child on Feb. 2, one day after Stormi’s fourth birthday.

The cosmetics guru announced the birth on Instagram with a black-and-white photo of the newborn’s hand in hers.