‘Love is Blind’ star Iyanna tears up revealing divorce from...

Iyanna McNeely broke down crying while telling “Love Is Blind” fans that her divorce from Jarrette Jones has officially been finalized.

“It is official,” the reality star said in a TikTok video shared Tuesday, with tears in her eyes.

McNeely then reflected on the early days of marriage with her Season 2 co-star, whom she got engaged to in the pods, sight unseen.

“I’m crying for that girl that I was at the beginning of this marriage,” she explained.

“I was so hopeful. And I had less baggage. And I was optimistic and I was healed. And I’m crying for that marriage that I thought could work.”

McNeely claimed Jones “convinced” her he was a different man at the beginning of their relationship – but changed once filming wrapped for the hit Netflix show.

“I’m crying for that man I believed he was. That man he convinced me he was in the beginning,” she added. “In between all that very scheduled filming, there was good moments in there. There was [a] connection and then, cameras left and s–t hit the wall.”

Though McNeely didn’t go too far into detail about what went wrong in their short-lived marriage, she said she is glad to be moving forward with her life.

“I’m happy that I’m out of something that no longer works for me. It’s really done now. So, I release it,” she said.

McNeely and Jones were one of two couples who tied the knot during the Season 2 finale, which aired in February. Co-stars Danielle Ruhl and Nick Thompson also wed, but news of their own divorce broke in August.

Viewers got a front-row seat to McNeely and Jones’ blossoming romance throughout the dating show.

While the pair had many ups and downs — including arguments over their very different lifestyles and Jones’ flirtation with castmate Mallory Zapata — the pair seemed to still be enjoying newlywed life in March when the reunion special aired.

The reality stars tied the knot on the Season 2 finale of “Love is Blind.” 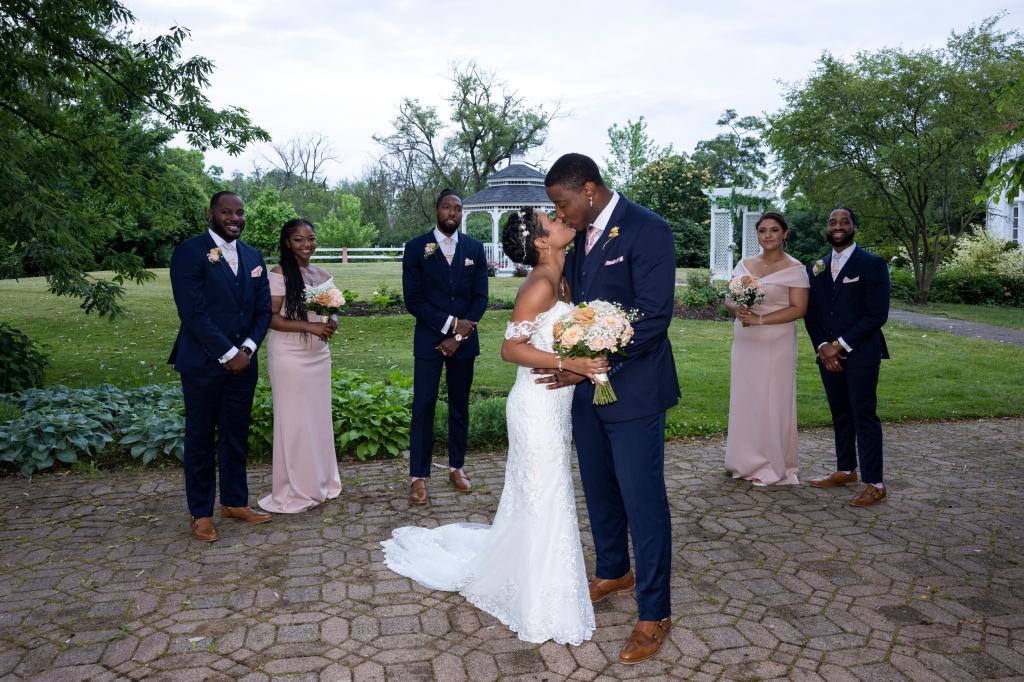 The reality stars tied the knot on the Season 2 finale of “Love is Blind.”

“I couldn’t believe how many tears could come out of…

However, glimpses of their marital problems began to surface during “After the Altar,” which hit the streaming service in September.

McNeely alleged that Jones continued his party boy lifestyle of hitting the clubs with friends post-show – and sometimes wouldn’t come home until the wee hours of the morning.

A month before the special aired, Jones and McNeely announced they were calling it quits after only one year of marriage.

“After much thought, we’re saddened to share that we have separated and will begin the process of divorcing,” the pair shared on their respective Instagram accounts on Aug. 17.

“While we have love for each other, our lives are going in different directions, and that’s okay. Coming to this decision was far from easy and we will always wish each other the absolute best.”

Their statement continued, “We hope you all will give us some space as we close this chapter of our lives. Thank you to our close friends and family for loving us both through our experience.”