Luis Ruelas’ ex-wife breaks silence on her relationship with Teresa...

Luis Ruelas’ ex-wife, Marisa Dimartino Ruelas, is speaking out for the first time on her relationship with Teresa Giudice after two years of silence.

Dimartino Ruelas and Giudice met twice before the Bravolebrity married Ruelas, 48, in August, but this past weekend was the first time the two women got to know each other better.

The blended families spent an extended amount of time together in Atlantic City, NJ, in honor of Dimartino Ruelas and Ruelas’ son Louie’s birthday.

We’re told the group had a great time going out for a game of Top Golf, a steak dinner, Sebastian Maniscalco’s comedy show and, later on, a nightclub at the Borgata.

Dimartino Ruelas says the “RHONJ” star was “very accommodating” and “nice” to her. 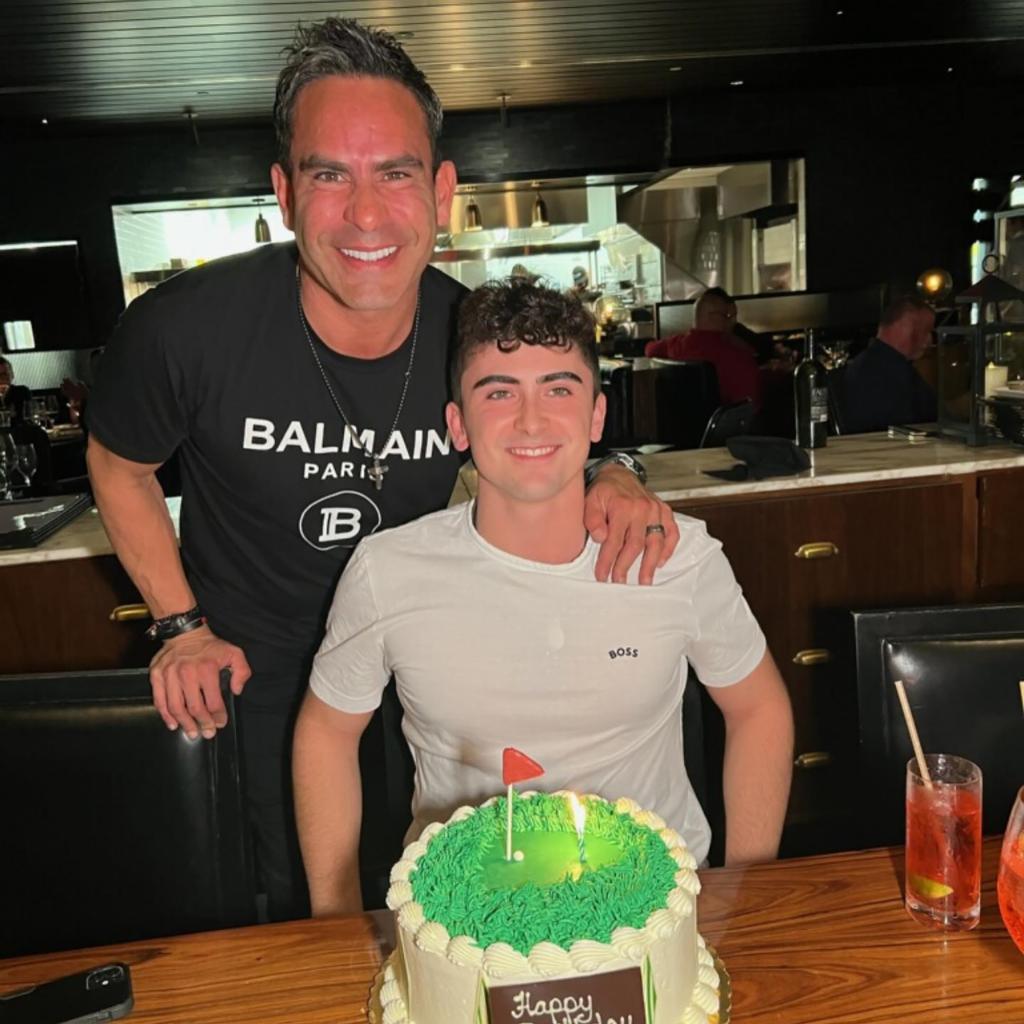 She says she did not speak much to her ex-husband while at her son’s birthday.

The actress wore a black Dior dress to the Season…

“Everything was cordial,” Dimartino Ruelas says, noting that she and her ex-husband did not talk much but she did have some friendly exchanges with her ex’s new wife.

“[Giudice] told me that she loves [my kids] just like they were her own,” Dimartino Ruelas says. “My son, he really had nothing but good things to say about her as well.”

The full-time caretaker says two moments in particular really stood out to her.

When it came time for them to cut the cake, DiMartino Ruelas says Giudice suggested to her, “Why don’t you go and stand behind your son?” for the photo-op, which she thought was “really nice.”

She also says the Bravo star and her “RHONJ” co-star Jennifer Aydin — who was also there and “very nice” — always made sure to ask Dimartino Ruelas if she was comfortable coming out in the background of any social media videos they planned to post.

Although everyone is seemingly one big happy family now, DiMartino Ruelas says it took years for her to feel comfortable coming around.

Ruelas and Giudice began dating in 2020, and there was speculation about where things stood between the NJ businessman and the mother of his two children.

Multiple accounts of Ruelas’ alleged dysfunctional relationships with his exes surfaced online when he was first thrust into the spotlight.

And while Dimartino Ruelas admits that her relationship with her ex wasn’t always in a good place, she says things began to get better around a year and a half ago.

She adds that she wasn’t on board with her children appearing on “RHONJ” at first, so she thinks her ex is “coming around to show a different side” and make her more comfortable by showing her what their lives with Giudice are really like.

“Once they got married, I thought, ‘This woman is a part of my children’s lives,’” DiMartino Ruelas tells us. “I can’t be totally out of the picture, you know, it’s not right for my children. I’m doing this only for my children.”

When asked if she would ever appear on “RHONJ,” Dimartino Ruelas says she has “no” interest in the show but would “possibly” consider it if they were filming a family event.

Dimartino Ruelas adds, “It’s been two years that I’ve tried to stay away from the public eye and, by doing so, it created less time for me and my other son [Louie].”

Louie lives with his father in his home with Giudice and her four daughters. Meanwhile, Dimartino Ruelas resides with her and Ruelas’ younger son, Nicholas.

The former couple’s divorce was finalized in 2013 and while there is no custody agreement pending, there is a joint guardianship for Nicholas, who is autistic.

Dimartino Ruelas says she believes Giudice and her ex are a “good match” because they have “the same ‘on-the-go’ energy” and “very similar personalities.”

She adds, “They are very high-energy and both like the limelight, which is OK. I don’t.”

Meanwhile, Giudice exclusively tells Page Six that she has only positive things to say about her stepsons’ mother.

“Marisa is an amazing mother and I have really enjoyed getting to know her and look forward to spending more time with her,” the “Turning the Tables” author says. “She is very old school like me and I love that.”

Giudice notes that when her ex-husband, Joe Giudice, met Ruelas, her now-husband was welcomed “with open arms.” She feels Dimartino Ruelas did the same for her.

“Fully blending our families together is very important to both Louie and I and that includes both Joe and Marisa,” the “Real Housewives: Ultimate Girls’ Trip” alum concludes.

“We are happy, our children are happy and our exes are happy and are both a healthy and positive part of our new life together, we are truly blessed.”