Meghan Markle complained about ‘not getting paid’ for royal tour,...

Royal without the royalties.

It apparently didn’t take long for Meghan Markle to realize that she was less than keen about the reality of what her role as Duchess of Sussex entailed.

A new bombshell book claims she was overheard griping, “I can’t believe I’m not getting paid for this,” amid her first royal tour in the fall of 2018 — mere months after tying the knot with Prince Harry.

In “Courtiers: The Hidden Power Behind the Crown,” author Valentine Low writes about what seemed to be Markle’s increasing frustration with the day-to-day demands of her royal duties.

Things apparently came to a head as she and Harry embarked on a royal tour of Australia, Fiji, Tonga and New Zealand — their first together as Duchess and Duke of Sussex.

While Markle generally made a positive impression on the Australian public, her “refreshingly informal approach to royal visits was proving a hit,” as Low describes, what with gestures like gifting a “farming family” banana bread “she had baked herself.”

But behind the scenes, “it was a different story,” the author claims.

Piecing together firsthand accounts from staffers privy to Markle’s behavior, Low writes of the saga, “Although she enjoyed the attention, Meghan failed to understand the point of all those walkabouts [and] shaking hands with countless strangers.”

Markle’s frustration with staffers reportedly came to a head during her first royal tour in fall of 2018. 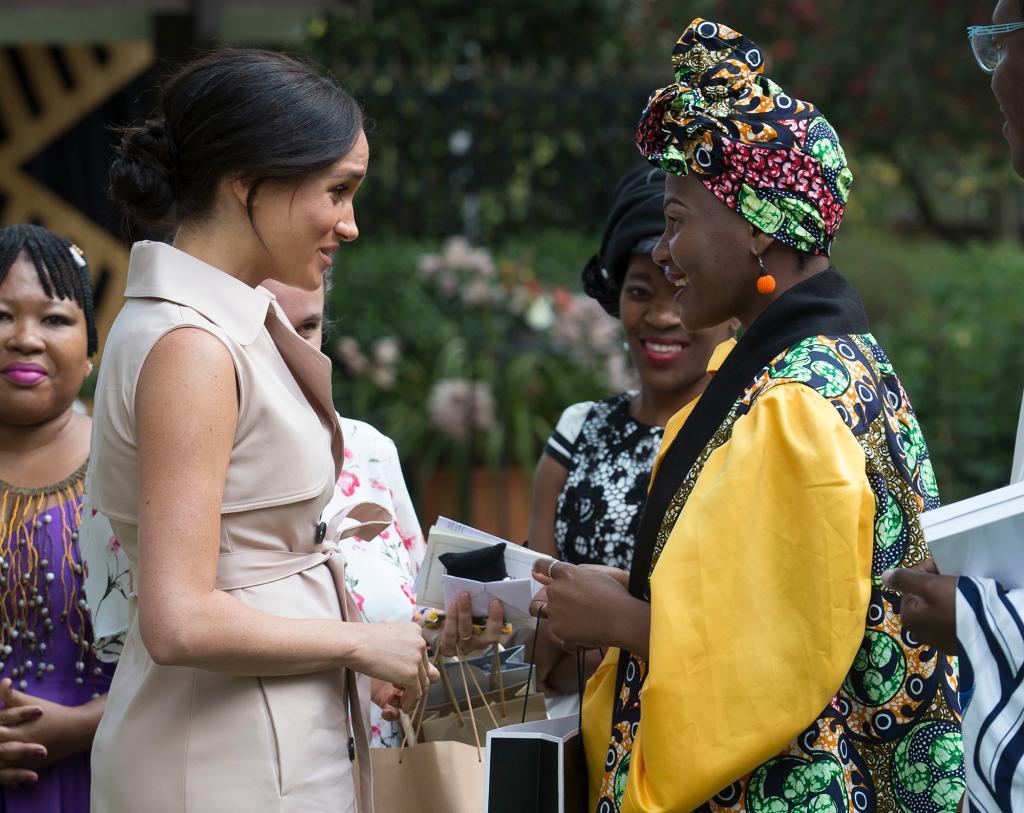 Markle’s frustration with staffers reportedly came to a head during her first royal tour in fall of 2018.

The pop superstar, 28, and the actress, 38, passionately kissed…

Low goes on to imply that Markle’s alleged harsh treatment of aides, particularly those involved with the duke and duchess’ PR and communications team, escalated during the tour.

Per the book, Jason Knauf — who had been in charge of the couple’s media operations — filed a complaint via an October 2018 email that allegedly read in part: “I am very concerned that the duchess was able to bully two PAs out of the household in the past year.”

He also allegedly called out Markle for exhibiting “unacceptable” behavior toward a staffer who was “delivering first-rate work.”

Knauf stepped down from the position by the end of the year — and a flurry of other resignations would soon follow.

Markle, 41, and Harry, 38, infamously announced that they’d decided to step down from their formal positions within the royal family in 2020. Soon after, they relocated to the former “Suits” actress’ native California.

After Queen Elizabeth II’s death on Sept. 8 at age 96, it was reported that the late monarch was “exhausted by the turmoil” surrounding the couple’s move and was “very hurt” by their departure — which took with it the opportunity for her to spend time with great-grandchildren Archie, 3, and Lilibet, 1.

Prince Harry was not able to make it to his grandmother’s deathbed in Balmoral Castle in time to say goodbye. While only two of her children — King Charles III and Princess Anne — were with her at the end, Harry’s last known in-person contact with the monarch was in June 2022 on the occasion of Her Majesty’s Platinum Jubilee celebrations.