Olivia Culpo broke down in tears over an ex-boyfriend that she claims belittled her in the trailer for her upcoming reality show, “The Culpo Sisters.”

“I was with somebody that did really horrible, horrible things,” the former Miss Universe, 30, said in a sit-down interview for the TLC show.

“I was made to feel like a less-than-human in every sense of the word.”

She then added as she began to cry, “I’ve never talked about it before.”

Culpo did not disclose which ex she was referring to in the teaser, and the brunette beauty has been in at least three high-profile relationship.

Olivia Culpo teared up talking about one of her exes on her new reality show, “The Culpo Sisters.” 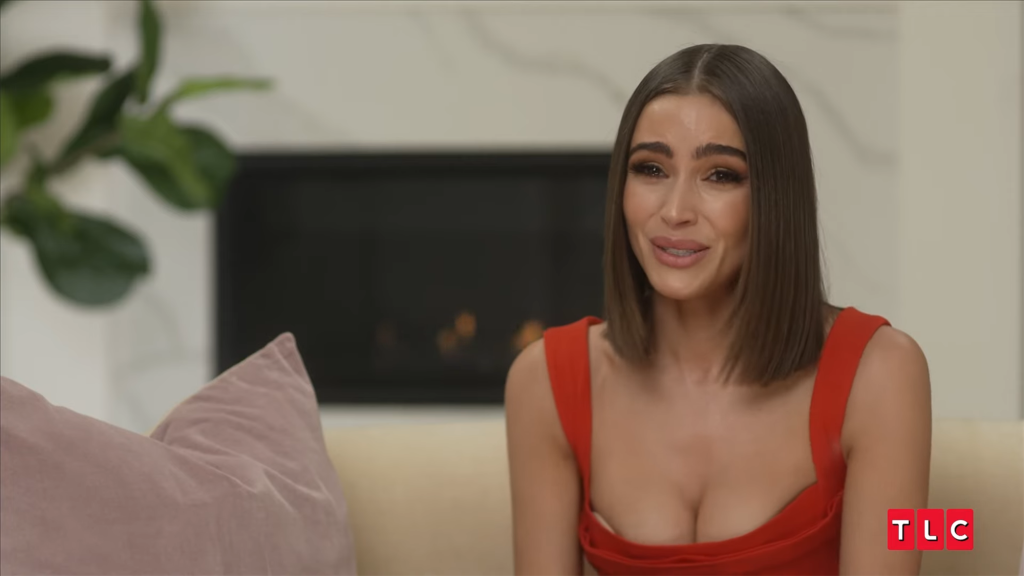 Olivia Culpo teared up talking about one of her exes on her new reality show, “The Culpo Sisters.”

The “Real Housewives of New York City” alum is seeking…

However, her romance with her most recent ex, Danny Amendola, had the most scandalous ending following allegations that the former NFL player cheated.

In October 2018, Amendola, now 36, was spotted getting flirty while on a beach date in Miami with a reporter named Bianca Peters. He was still dating Culpo at the time.

Shortly after, it was confirmed that Culpo and Amendola split with a source revealing that the former pageant queen was “very disappointed and shocked about the photos that came out with Danny getting cozy with another girl.”

However, a few months later, it seemed the couple tried to make it work again as they were spotted at the same place for New Year’s Eve.

Then in April 2019, Amendola confirmed he and Culpo were no longer together — but not before making a jab at his model ex.

“Olivia chooses and wants to be noticed on the internet and in Hollywood to make money,” the athlete said in a rant on Instagram, that he later deleted.

Amendola then unabashedly added that he and Culpo “had some amazing times together” and “the sex was f–king crazy,” before concluding that “the cost of fame in this world doesn’t appeal to me. I play ball for one reason and that’s RESPECT.”

Culpo stars in her new reality show alongside her family, including her sisters Aurora Culpo and Sophia Culpo.

“We’re all super close, even though sometimes we want to kill each other,” Olivia says in the new clip, adding that she and her sisters have “no boundaries,” “no filter,” and “no shortage of drama.”

“The Culpo Sisters” premieres November 7 at 9 p.m. ET on TLC.