The 49-year-old entertainer showed up to the annual art fair in an all-black ensemble, sparkly sunglasses and a hat.

“He was there for about an hour,” an art source told Page Six. “He was taking photos and everything.”

The clay piece, titled “Adventus,” is framed in plexiglass and displays the words “ocean” across the bottom.

The “Happy” singer was eyeing a piece by duo FriendsWithYou. 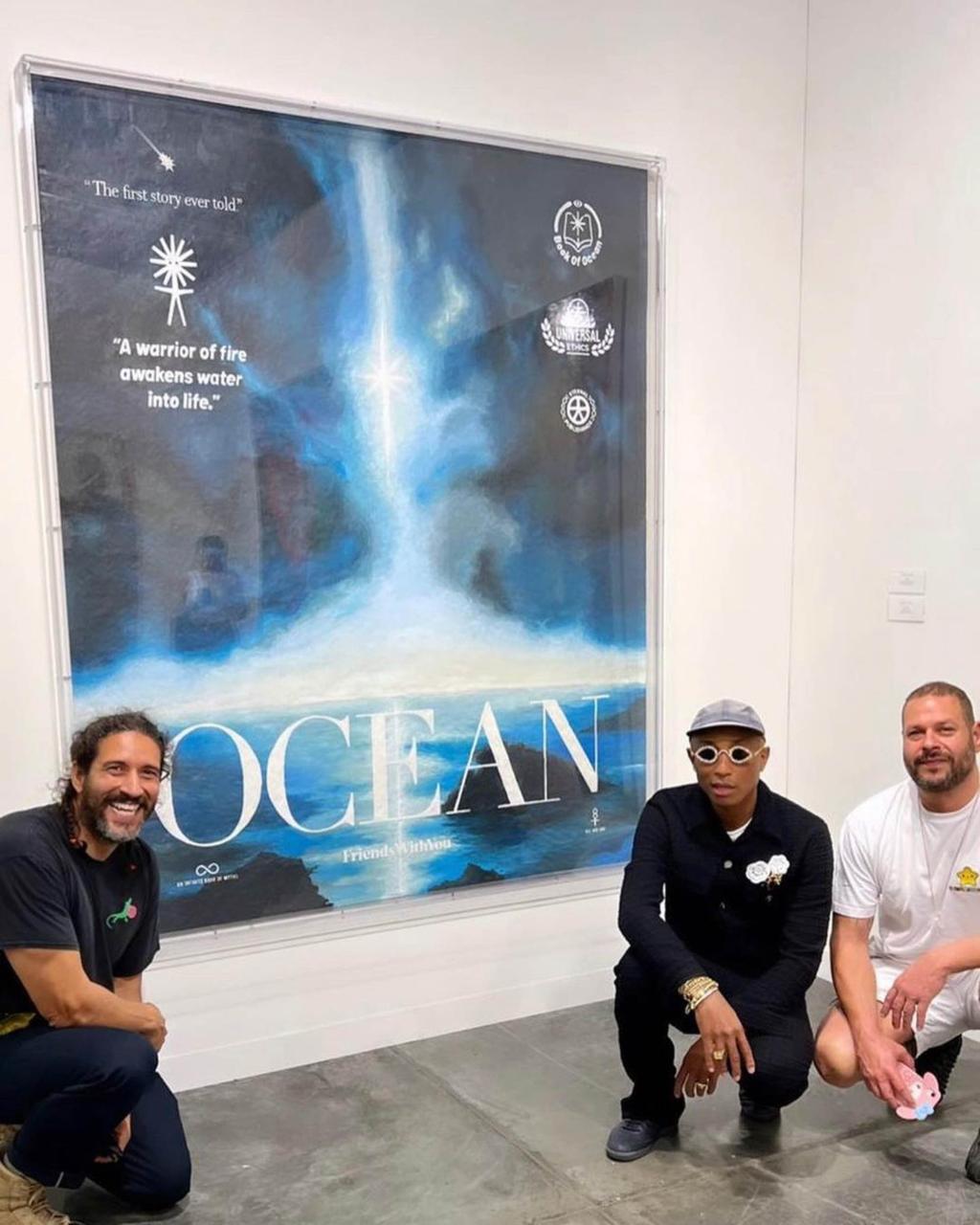 The “Happy” singer was eyeing a piece by duo FriendsWithYou.

“There were too many people involved [at] the end of…

The work also shows a small version of their 50-foot tall “Starchild” sculpture, which was erected in Miami during Art Basel.

The artwork aims to spread a message about light, power, and nature, according to a press release.

Dozens of other celebrities also flocked to the VIP preview day, including Leonardo DiCaprio, who showed interest in a few edgy artworks.

Page Six exclusively reported that the “Titanic” star, 48, was we looking at a piece on Facebook founder Mark Zuckerberg and a painting of what appeared to be a kinky alien lap dance.

“You know how some people lower their glasses when they’re inspecting art?” a spy said. “That’s what happens with Leo’s mask. It kept sliding down when he was looking at the work.”