Rihanna, A$AP Rocky shut down Michelin-starred restaurant to kick off...

The couple hit the intimate hotspot for a “casual” private dinner with a group of friends, an insider tells Page Six exclusively, adding that Rihanna and Rocky “had great vibes and energy as they dined.”

We’re told the duo, both 34, were “affectionate with each other throughout the night” and “hospitable” as they posed for photos with the eatery’s staff.

“They were incredibly sweet and polite the whole evening,” the source adds.

We also hear the “Umbrella” singer and the rapper chatted with celebrity chef Jeremy Ford about the menu and took swigs of Rocky’s Mercer + Prince whiskey.

Ford, 37, took to Instagram to gush over the pair’s dining experience, calling Rihanna and Rocky two of the “nicest humans on the planet.”

“ALL I CAN SAY WOW!!!! 🙏🏻🔥🙏🏻🔥,” the chef wrote on Instagram. “Last night goes down in the books for me, it’s one thing to cook for such talented, amazing, beautiful humans as🚨 @badgalriri & @asaprocky 🚨the baddest in the biz.

“But to get to be able to sit and talk about the sauces that he liked, and the food questions he had was just so special of a moment for me as a chef, and then to take shots of his ridiculously yummy #mercerprincewhiskey feeling 😇 definitely 2 of the nicest humans on the planet! 🥂 to many more meals together!! ❤️.” 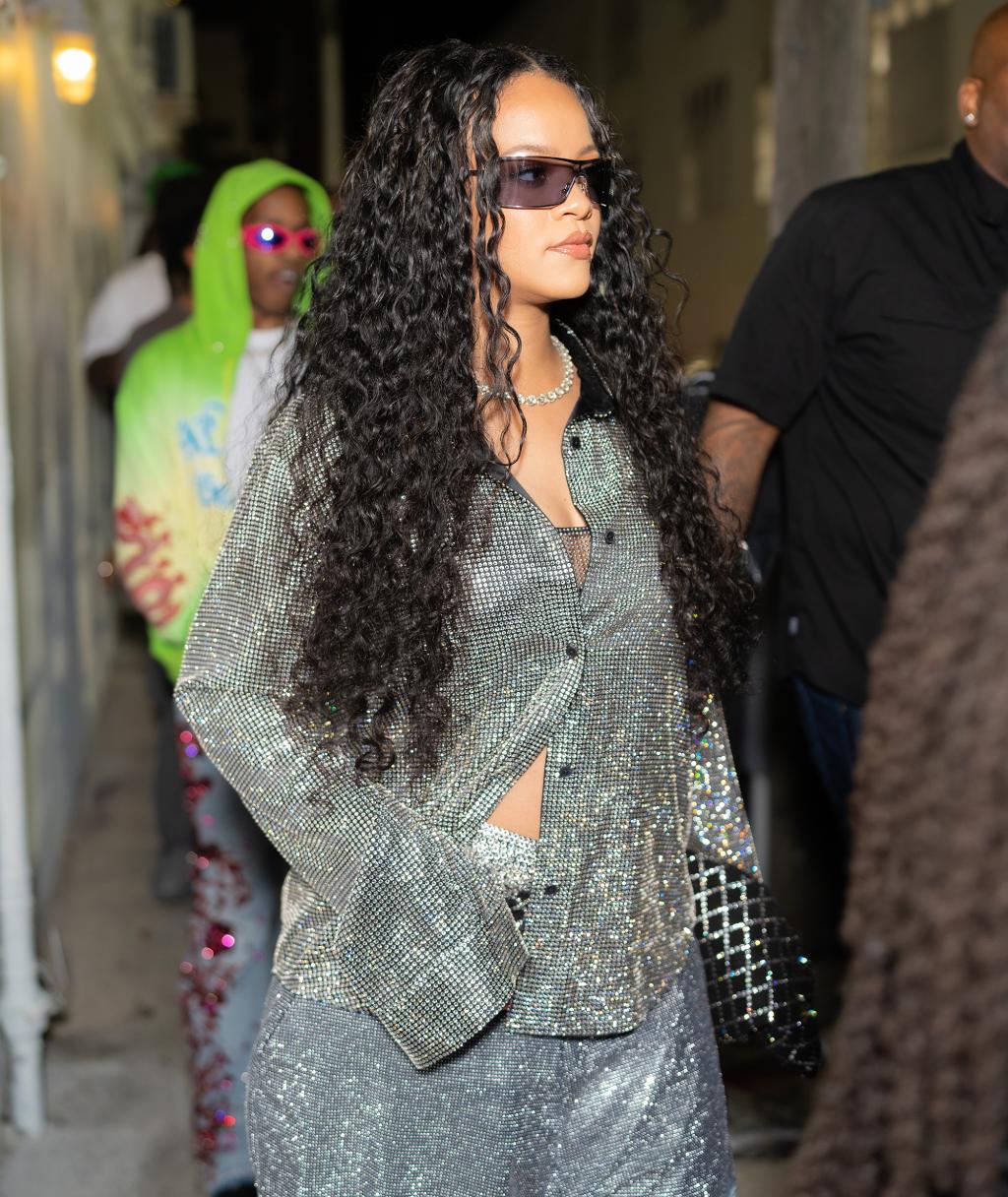 Rihanna and Rocky continued their Art Basel festivities by partying at Story nightclub, where the “F–kin’ Problems” rapper played host on Thursday night.

We hear Rocky pulled up to the club around 2 a.m. while Rihanna arrived 30 minutes later.

“Rihanna was spotted in a silver bedazzled pantsuit and dark shades as she made her way through the crowd and sang along to A$AP’s top hits like ‘Fashion Killa’ and ‘Peso,’” another source tells us, adding, “A$AP and Rihanna continued to party in their section well after his set ended.”

Rihanna and Rocky welcomed their first child, a baby boy, in May.

Page Six broke the news of the Fenty Beauty founder’s pregnancy in January with photos of her revealing her baby bump during a stroll through Harlem with Rocky.

They celebrated the impending arrival of their little one with a rave-themed baby shower in April.

The musicians have been dating since early 2020 and went public with their romance that November.