The black reverend who blasted racism in front of the Prince and Princess of Wales said her speech was not aimed at the royal family amid the current scandal back in the UK.

“As a person of African descent I often begin anything I say with a land acknowledgment, I want to bless this space and acknowledge the beauty and the painful history,” Reverend Mariama White-Hammond told Page Six when asked if she meant to slight Prince William and Kate Middleton.

She further confirmed that she “did not know” about the scandal before giving her speech.

“The media told me afterward,” she noted.

Just yesterday, Rev. White-Hammond — who is Boston’s Chief of Environment, Energy, and Open Space — spoke fiercely about the “legacy of colonialism and racism” as William and Middleton, both 40, waited to come on stage to greet fans.

“On this day, I invite us all to consider the legacy of colonialism and racism,” she said. “The ways it has impacted people across the world and its connection, its deep connection to the degradation of land and our planet that we are all seeking to reverse.

“The stories lost, the species made extinct, but also the persistence of people in the face of oppression and the fundamental dignity of all of our relations.”

Fast forward to Thursday, Rev. White-Hammond joined Boston Mayor Michelle Wu to welcome the royal couple to a very chilly Boston Harbor where they learned about the significant climate challenges that the city faces, alongside Lisa Wieland, CEO of Massport.

As the royal couple made their way down to the water, they spoke to Elizabeth Solomon of the Massachusett Tribe, Kathy Abbott, CEO of Boston Harbor Now, and Magdalena Ayed of Harborkeepers.

During the outing, it was so cold that Abbott offered William a hand warmer.

He simply laughed it off and told her, “I don’t want to be rude, I’m keeping them (hands) in my pockets, when I can feel them again it will be better.”

Talking about the royals in the US, Abbott told Page Six, “There’s a huge amount of respect for them. Everybody I’ve talked to is incredibly excited that they’re here. Hopefully [Earthshot] is going to leave us with a whole lot of inspiration.”

“There’s a lot of curiosity, people are asking why would they pick Boston as the first US city and we feel honored,” Ayed added.

Their visit comes in the midst of a royal racism scandal back in the UK and Prince Harry and Meghan Markle dropping the trailer for their Netflix docuseries. 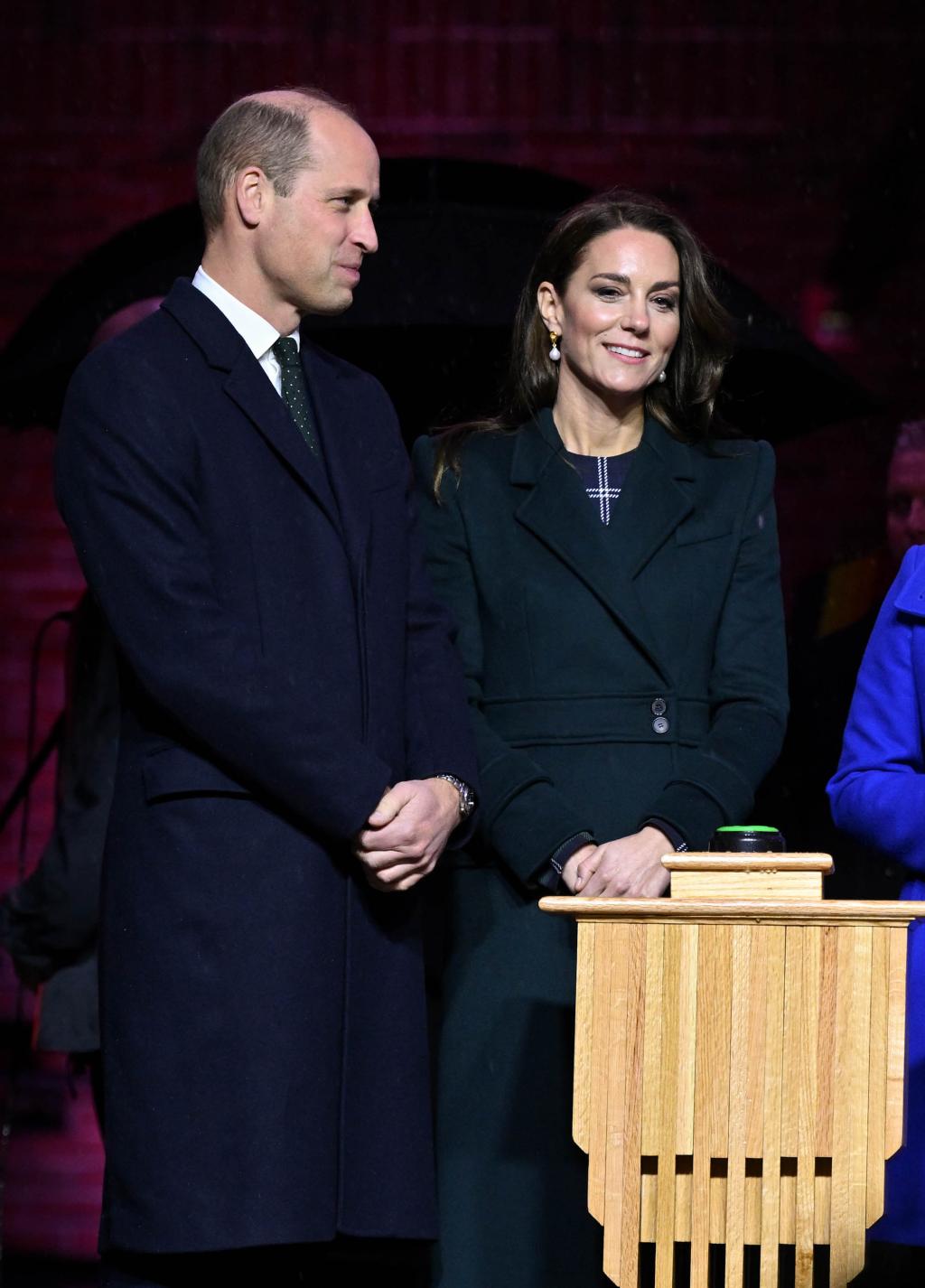 Their visit comes in the midst of a royal racism scandal back in the UK and Prince Harry and Meghan Markle dropping the trailer for their Netflix docuseries.

William and Middleton, both 40, have only one day left of their royal tour, which will include a meeting with President Joe Biden on Friday and will end in the glitzy Earthshot Prize Ceremony with performances from Billie Eilish and Chloe X Halle.

The Prince and Princess of Wales’ visit might be overshadowed after Prince Harry and Meghan Markle released the trailer for their upcoming Netflix docuseries on Thursday morning.

At the time, sources told Page Six that it can be seen as a “coordinated campaign” to overshadow his brother’s big US visit.