Sarah Ferguson celebrated her birthday by playing with the Queen’s corgis.

On Saturday, the Duchess of York, 63, shared several snaps of herself lying in the grass as she plays with pups, Muick and Sandy, who now live with her and Prince Andrew.

“The presents that keep giving..” she wrote alongside them.

Despite Ferguson’s divorce from Prince Andrew in 1996, she has always maintained a close relationship with him —even living together in the Royal Lodge — and reportedly grew closer to the Queen in the last year of her life.

The monarch would take her dogs for regular strolls in the gardens at Frogmore House on the Windsor Estate and was often joined by her ex-daughter-in-law.

The Queen’s corgis now live with Ferguson and her ex-husband, Prince Andrew. 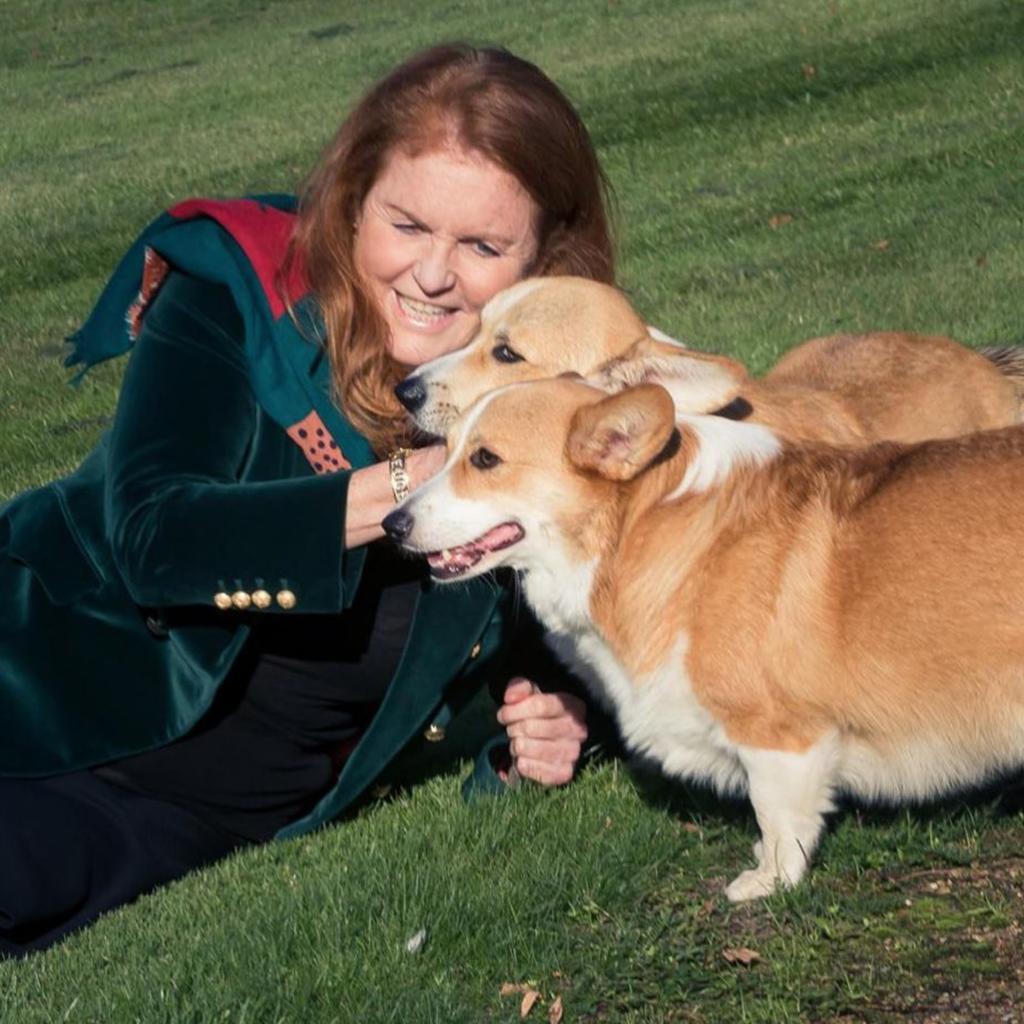 Fortunately, the “Little Miss Sunshine” star said she is now…

“The Duchess bonded with Her Majesty over dog walking and riding horses, and even after her divorce, she would continue her great friendship with Her Majesty, by walking the dogs in Frogmore and chatting,” a source told The Telegraph.

Prince Andrew, 62, had given two corgis, Muick — named after Loch Muick on the Queen’s beloved Balmoral property — and another corgi named Fergus, to cheer up the monarch while her husband Prince Philip, was in hospital in March 2021.

The Duke of Edinburgh died in April and Fergus died the following month of a heart defect. Andrew’s daughter, Princess Beatrice then found Sandy as a replacement. The Queen was said to be devastated by the canine’s death, especially coming just one month after her husband’s passing.

Both Muick and Sandy were reported to have been in the Queen’s room when she died on Sept. 8 at Balmoral Castle at the age of 96.

The dogs made a heartbreaking appearance when they were brought out during the Queen’s funeral on Sept. 19 outside Windsor Castle, as they waited for the hearse carrying their late owner to arrive.

The day before the state funeral, Prince William confirmed that the dogs were doing just fine.