Adam Sandler jokes he feels old while recovering from hip...

Adam Sandler is recovering nicely from his recent hip surgery.

However, the “Happy Gilmore” star admits the operation made him feel old.

“It’s only painful to say out loud,” Sandler, 56, jokingly told Page Six at the 2022 Gotham Awards on Monday. “I say it was because of basketball so that feels a little bit rugged, but then being unable to tie my own shoe didn’t feel rugged.”

The comedian shared that his wife, Jackie Sandler, and their daughters, Sadie, 16, and Sunny, 14, took turns helping him tie his shoes.

“They were nice about it,” he told us, confessing he wasn’t always an ideal patient after the surgery in early September.

“I screamed a lot then calmed down and ate some food.”

Sandler, who became a household name on “Saturday Night Live” in the ’90s, has been veering into more serious fare lately with movies like “Uncut Gems” and “The Meyerowitz Stories,” though he admittedly has “no idea” how he manages to evoke so much empathy for his characters.

“I just try to feel what I’m supposed to feel in a scene and go from there,” he explained to Page Six.

Sandler was honored at the 2022 Gotham Awards. 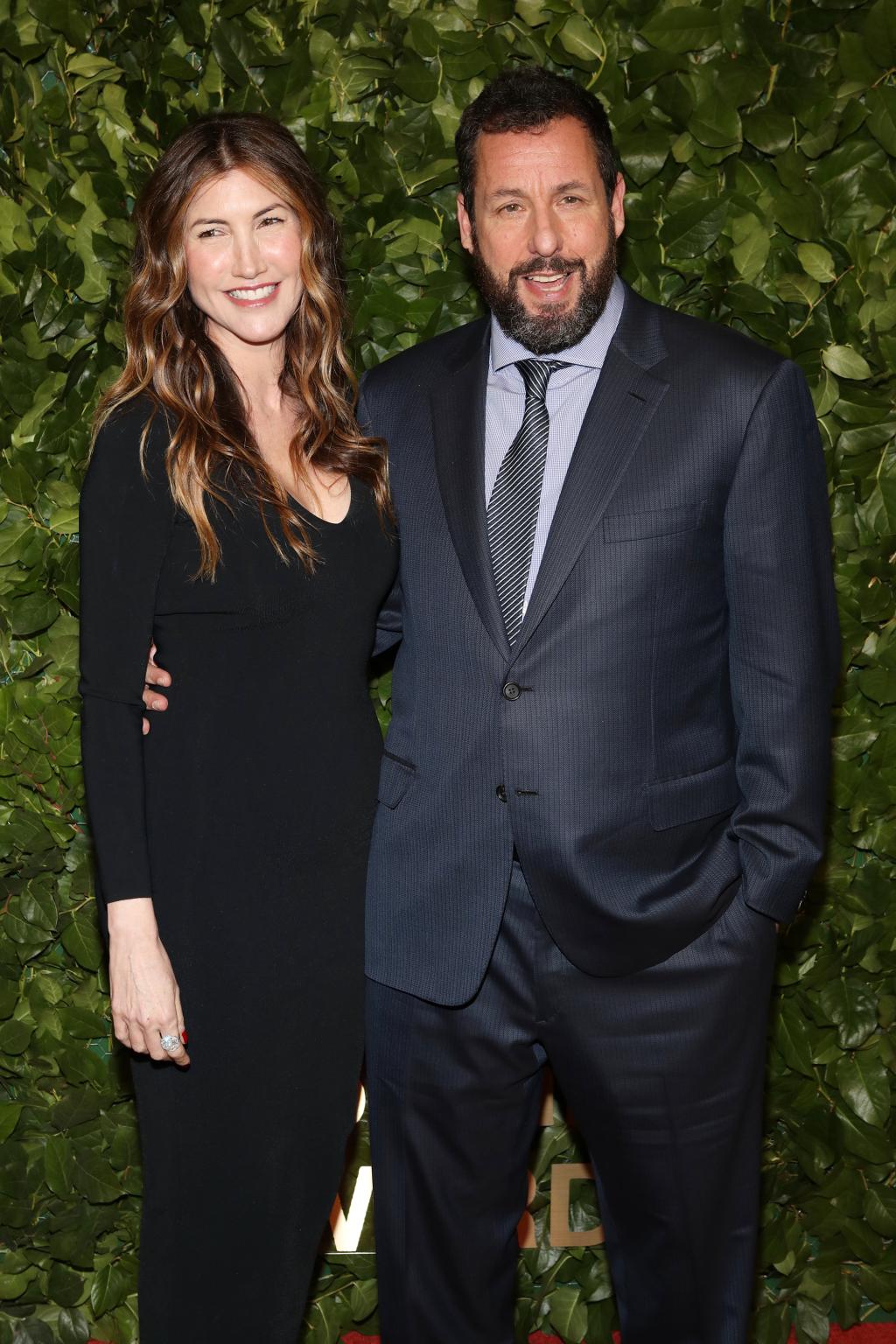 Sandler, seen here with wife Jackie, was honored at the 2022 Gotham Awards.

As for his eclectic career, the actor shared, “I’ve always wanted to do everything. I’ve been lucky to have people write stuff for me that’s as cool as it gets and work with amazingly talented people that put the movies together. And the stuff I do with my friends means everything to us, too. I like to work hard.”

While accepting the Gotham Performer Tribute Award earlier in the evening, Sandler had the starry audience — which included Julianne Moore, Bowen Yang and Michelle Williams — howling over a speech purportedly written by his daughters.

On winning the trophy, the “Big Daddy” star said as Sadie and Sunny, “It means a lot to him seeing how most of the awards on his trophy shelf are shaped like popcorn buckets, blimps or fake mini Oscars that say ‘Father of the Year,’ which he sadly purchased himself while wandering in a self-pitying fog through the head shops of Times Square.”