In an exclusive interview with Page Six, the “Real Housewives of Orange County” alum, 44, explains how she achieved such a feat despite a succession of challenging life events that occurred over the past three years.

The leftover two percent can be difficult to navigate, says the former Bravo star. 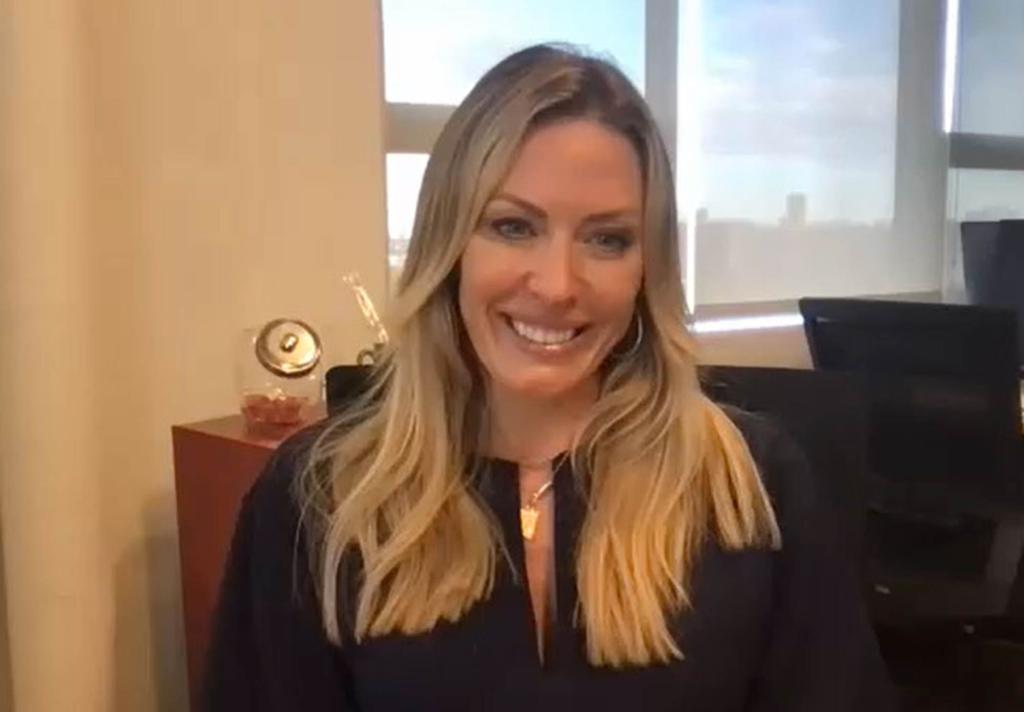 The “Scrubs” actor and his daughter, 7, dressed up as…

In times of uncertainty, Windham-Burke tells herself that she “will die” should she take even one sip of alcohol. “And that’s OK,” she says, assuring us that the tactic — though seemingly hyperbolic — works for her. “Like, that’s how low I have gotten a few points in my sobriety.”

During the Season 15 premiere of “RHOC” — Windham-Burke’s second and last — she revealed that she struggled with addiction.

“I don’t know if it’s divine intervention. I don’t know,” she said in the episode, which aired in October 2020. “But for the first time in my life, I can say, ‘My name is Braunwyn and I’m an alcoholic.’”

The mom of seven — who shares Bella, 22, Rowan, 20, Jacob, 17, 9-year-old twins Caden and Curren, Koa, 7, and Hazel, 4, with estranged husband Sean Burke — then came out as gay that December, one month before the season wrapped.

Her decision to publicly announce her sexual identity converged with her firing from the “Housewives” franchise and an ongoing global pandemic due to COVID-19.

Since then, Windham-Burke has established a bi-coastal lifestyle between New York City and Southern California, explored several relationships with women — she is currently dating new girlfriend Jennifer Spinner — and just filed for divorce from Burke this month after 22 years of marriage.

“I’ve been through a lot. I have been through so much since I got sober. There was a pandemic, I lost my first job, I ended a marriage, I’ve had a few start relationships start and fail, I came out” she reflects. “And all of these things, I think would have been excuses for a lot of people to drink: ‘I earned this drink, this has been hard, I’ve earned this.’”

Adds Windham-Burke, “At the end of the day, not one thing that I have been through … not one of those things would have been better if I had taken a drink.”

The motivational speaker — who works with the American Addiction Centers, advocating for both the queer and sober communities — says she relies on a “great support system” when temptation arises.

“I have great friends in [my] program. I have friends from this industry who are also sober, people like Evan Real Dave Quinn, people like [‘Below Deck’ star] Captain Sandy [Yawn], [my publicist] Anthony [Lario], who have been there and have always picked up the phone,” she says.

“I think the most important part for sobriety for me has been those phone calls. Those people will pick up no matter where I am or how bad I’m doing … and they talk me through it.”

Just as well, Windham-Burke is grateful for her social media followers who help keep her accountable.

“[What’s important is] the accountability to the fans — for lack of a better word — the people I’ve met on Instagram or the people that write to me and say, ’Seeing you saved my life,’” she notes.

“It’s not enough to stay sober. You have to do that for you. But [connecting with them online] is enough in those dark moments to not pick up a drink, at least for me.”

When fans are struggling in their own sobriety journeys, Windham-Burke likes to give back. She will oftentimes make herself available to chat via video — and is even willing to take local followers to their first AA meetings if they are interested.

“When people message me, I video chat them back because I want them to know it’s not my assistant or a robot or whatever. You’re actually talking to me and that has been the best part because I think paying it forward, I get it back 10 times more,” she explains.

“If you live near me — even if we don’t know each other — if you’re just on Instagram and want to go to a meeting, I will take you to your first meeting,” Windham-Burke insists.

“I’ve stayed in contact with a lot of these people who have gotten and stayed sober because they were scared to go to their first meeting [alone] … I don’t have to know you to care about your sobriety. I really want anyone that’s struggling to get sober and I will do whatever I can to help you with that.”