Oops! She did it again.

Britney Spears ditched her bikini while at the beach on Wednesday — and made sure to capture the moment for her 42 million Instagram followers.

The songstress, 40, showed off her sun-kissed physique as she posed in nothing but a red wide-brimmed hat while lounging in the sand.

Before stripping down to her birthday suit, the “Womanizer” singer wore a pair of white daisy dukes and a nautical crop top.

It’s Britney, beach. Britney Spears bared it all while enjoying the beach on vacation. 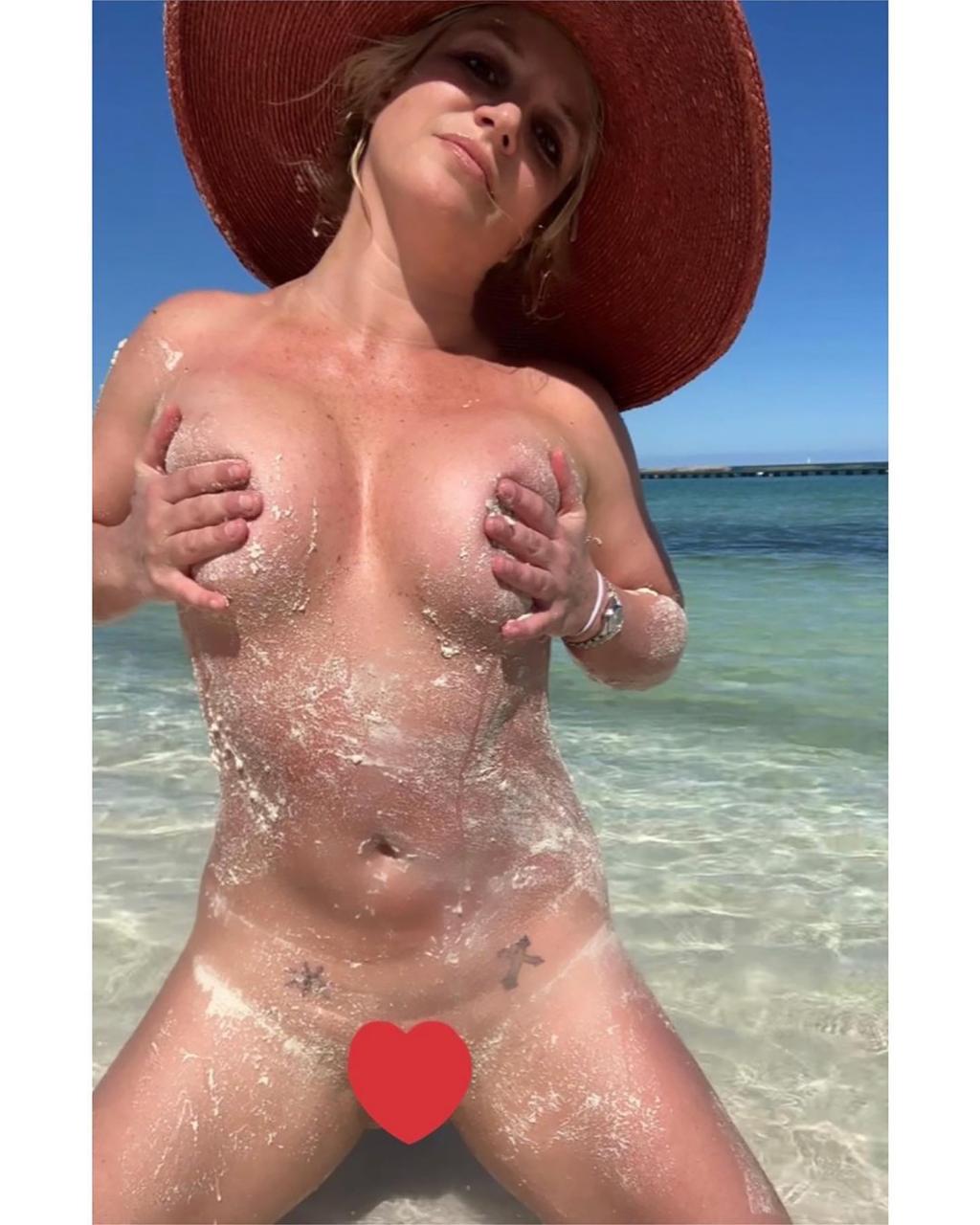 It’s Britney, beach. Britney Spears bared it all while enjoying the beach on vacation.

The model, 25, spoke out in support of Vogue editor…

Although the majority of Spears’ fans sent their best wishes to the singer, others were a bit skeptical of her choice to go commando with other people on the beach.

“This is not a nude beach. Look at the dressed people in the back,” one person commented.

“Imagine being those random people just nonchalantly hanging out at the beach on a Thursday and Britney Spears is suddenly next to them having a nude photo shoot,” a third follower joked. 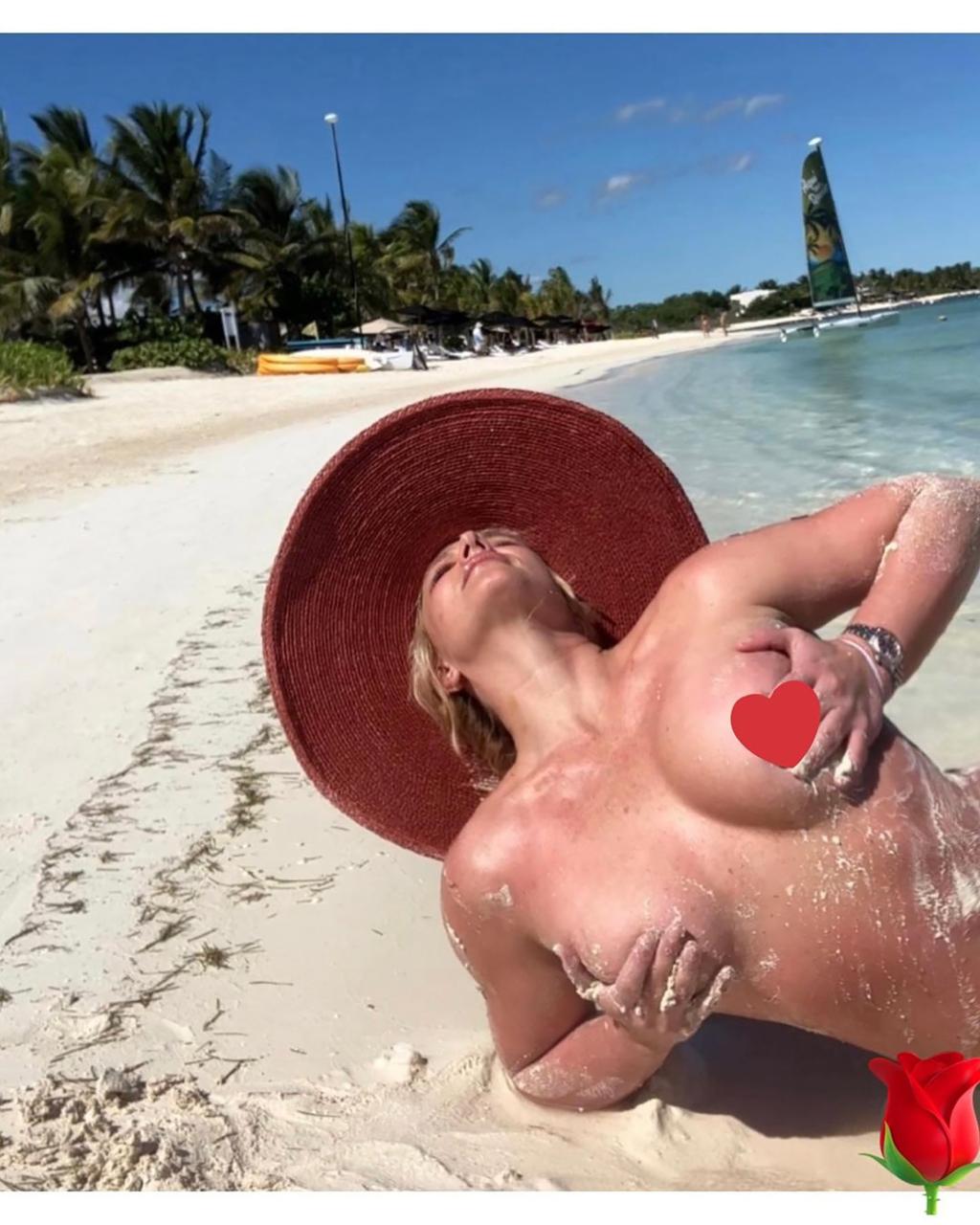 The “Toxic” singer used a red heart to cover up her bottom half. 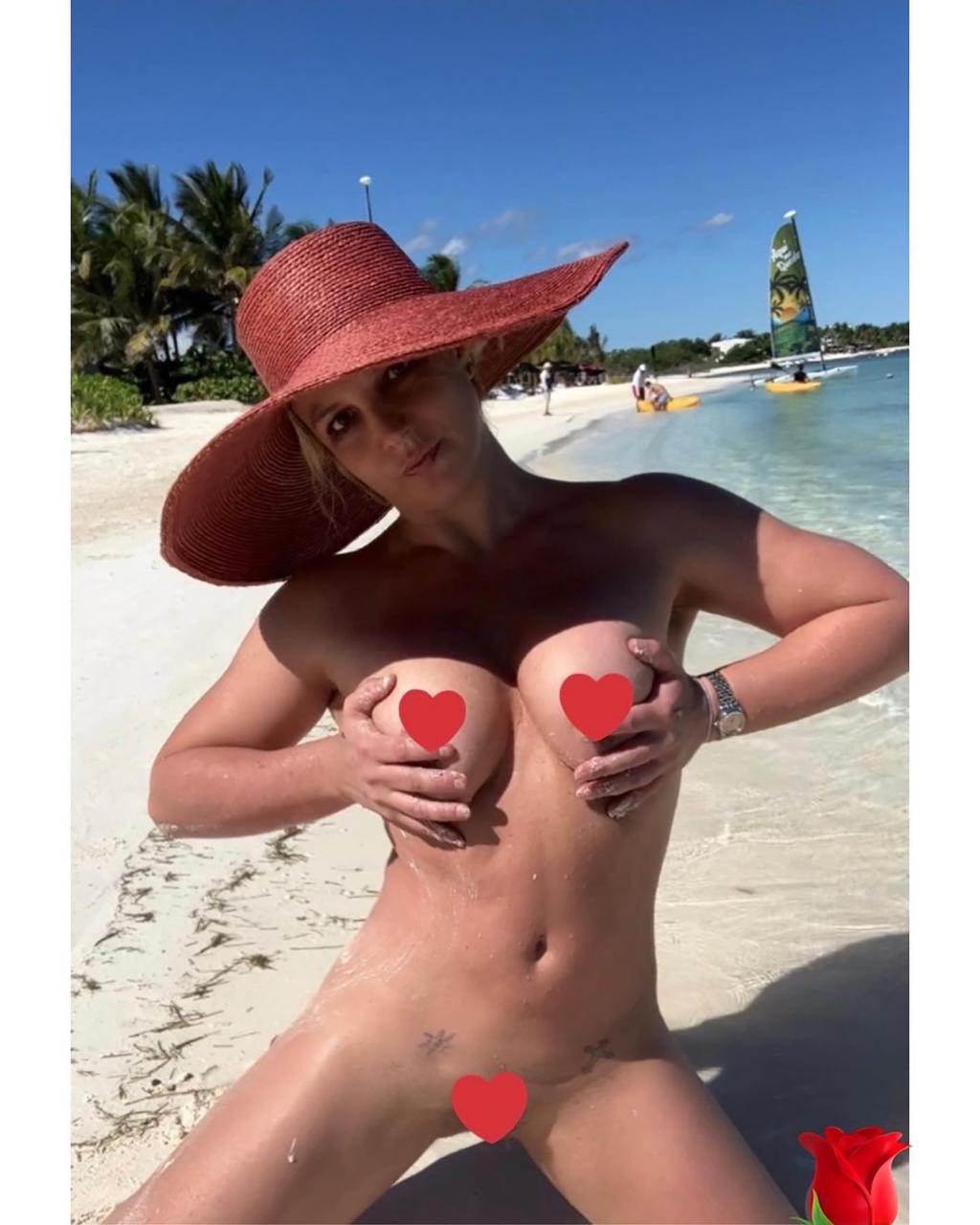 The “Toxic” singer used a red heart to cover up her bottom half.

The model, 25, spoke out in support of Vogue editor…

Despite the comments, the NSFW posts seem to be common content for her followers.

Last month, the singer posted several clips of her sunbathing topless while vacationing on a yacht with her husband, Sam Asghari.

“CALM DOWN 😱 !!! HELL NO STAY WOKE !!!!! Oh and here’s my ass 😜,” the “Toxic” singer joked alongside videos of her dancing around the massive boat.

Even though Spears seems to be quite confident in her own body, she came under fire in September for “body shaming” Christina Aguilera’s dancers in an “offensive” post.

“I wish I could have chosen the nannies for my children … my dancers … I mean if I had Christina Aguilera’s dancers I would have looked extremely small 💃💃💃… I mean why not talk about it ??” she wrote on Instagram, alongside a quote about “fat” people.

However the post didn’t go over well with her followers — or Aguilera, who unfollowed the singer.

“This is so f—king offensive Britney,” one person wrote, while another called the post “so wrong.”

Spears did clarify in a later post that she didn’t mean to “be critical of anybody.”