On Tuesday, multiple sources confirmed the longtime couple has been getting ready to call it quits for good following an epic fight.

Despite reports claiming their impending divorce is due to Brady not prioritizing his family, the internet seems to be split on which side to take.

“Try to work it out guys… you seem like such a great couple,” one Instagram user commented in response to the news.

“All the real couples breaking up 😩😢🙏,” another said, referring to the shocking number of celebs who have filed for divorce recently.

Some users specifically pointed their fingers at Brady, 45, for prioritizing his career over his family.

One distraught fan commented, “He’s choosing his career over his family. And before y’all say she’s not supporting him, football is a dangerous sport and what if he gets a concussion or suffers from CTE (Chronic traumatic encephalopathy), then she’ll be the one having to take care of him, not the fans.”

“I mean… if the deal was that they would enjoy more time together and he broke the deal to go play some more… I get it. Gisele wants to live the life and Tom wants to go back to work,” a second fan said in support of Bündchen.

Other fans, however, blamed the supermodel, 42, with one user commenting, “She can’t let him live his purpose 😢.”

Another empathized with the seven-time Super Bowl champ, “This isn’t an easy decision to make as a professional in any field. Giving up your career is hard because at a certain time of your life your career becomes apart [sic] of your dna 🧬 but to give up your family it’s harder as your family is all you got… either way very sad cause she know the inside and affects of the sport things that we don’t know about him.”

The couple, who got married in 2009, are expected to file for divorce in Florida, as that is where they are primarily based, according to legal experts.

A source who knows the couple confirmed to Page Six they are looking at dividing their assets, which includes a $26 million property portfolio, with their most recent purchase being a $17 million home on Indian Creek Island in Miami.

Bündchen expressed a desire for Brady to be “more present” with their children in the past. 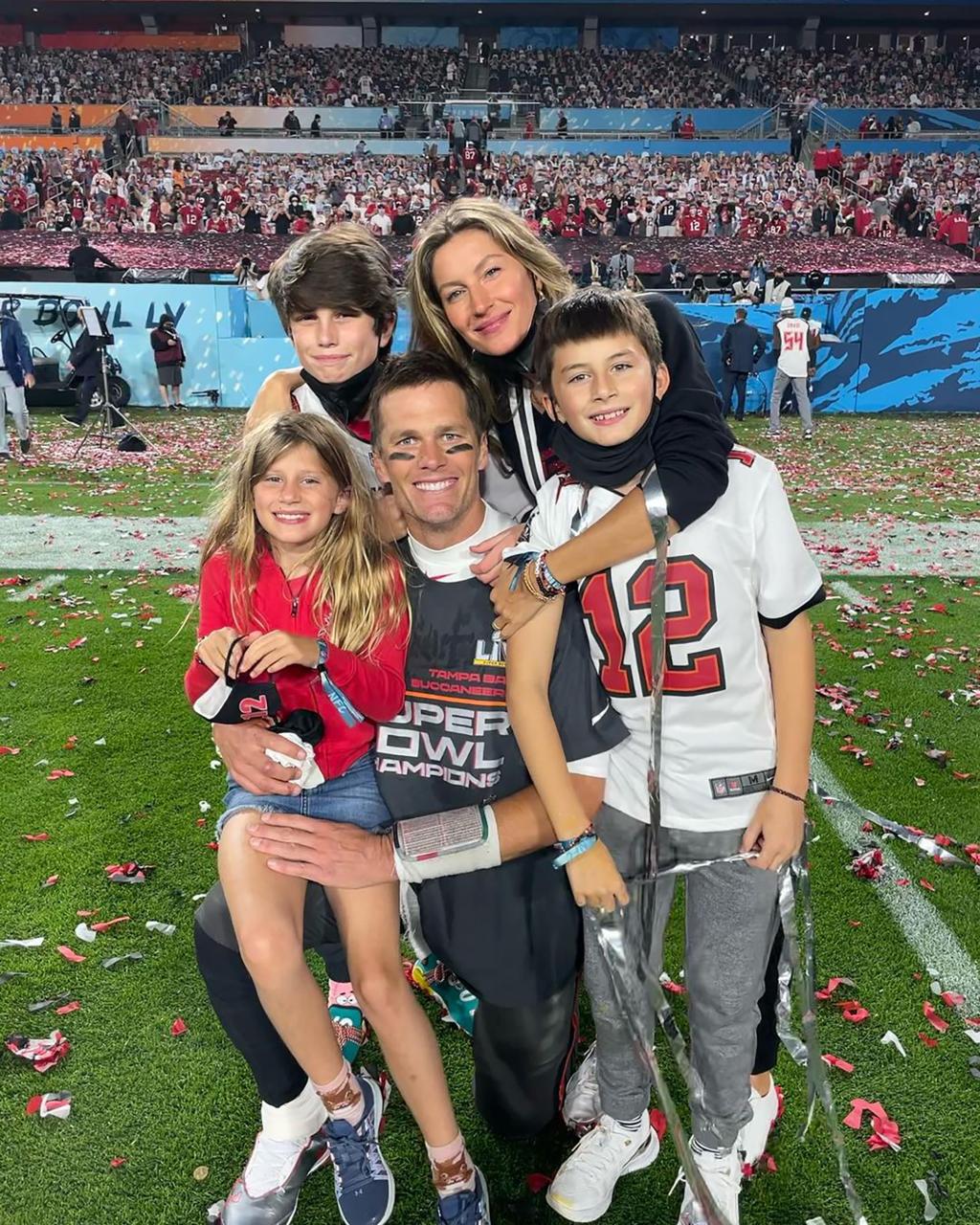 Bündchen expressed a desire for Brady to be “more present” with their children in the past.

“It was all about, we’re back now on course to…

In early September, sources told Page Six that the couple had a blowout fight after Bündchen had pleaded with Brady to spend more time with her and the kids. Instead, he chose to unretire from the NFL.

While sources have said that it is “sexist” to say that the split is due to Bündchen’s issues with Brady returning to the field, a source told us, “As with many marriages, it’s not just one thing. Gisele has made it clear that she worried about Tom playing football and that they had had many talks about it.

“But they have had a series of blowups over the past few years, and this time it looks like there’s no going back.”

Aside from Vivian, the couple shares son Benjamin, 12 — Brady is also the father of son Jack, 15, with ex Bridget Moynahan.