Meredith Marks hopes Jen Shah will be at ‘RHOSLC’ reunion...

Meredith Marks hopes her fellow “Real Housewives of Salt Lake City” co-star Jen Shah will have an opportunity to speak her mind at their upcoming Season 3 reunion.

“I certainly hope that Jen has the chance to have a voice,” the reality star, 50, told Page Six’s Evan Real and Danny Murphy at the “Virtual Reali-tea” podcast live taping at City Winery in New York City on Monday.

“Obviously as the season progresses and transpires, she’s hearing things that she didn’t know about — that’s what happens to all of us, and so for her to not have a chance to address that, to me, would be very sad.”

Shah’s future on “RHOSLC” has been in limbo ever since she pled guilty to fraud in July for allegedly running a nationwide telemarketing scheme that targeted hundreds of people, predominantly the elderly.

Meredith Marks said on Page Six’s “Virtual Reali-tea” that she hopes Jen Shah will have a “voice” at the Season 3 reunion. 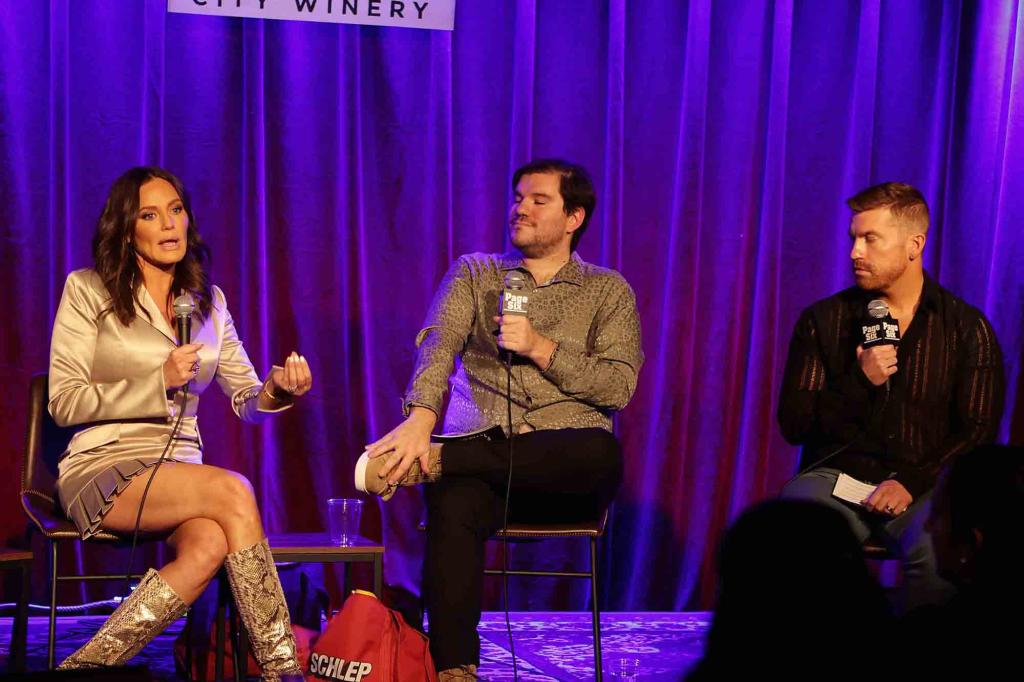 Meredith Marks said on Page Six’s “Virtual Reali-tea” that she hopes Jen Shah will have a “voice” at the Season 3 reunion.

“Like you buy a pair of shoes, and you think…

Bravo head honcho Andy Cohen hinted at BravoCon 2022 that the Shah, 49, may not be returning to the show.

“Once we wrapped [Season 3 and] she pled guilty, I think that was kind of, unfortunately, the end of, you know, the engagement there,” he said in October. “But I hope to sit down with her and talk to her at some point on camera because I have a lot of questions for her.”

Marks added in her sit-down with “Virtual Reali-tea” that she thinks her pal “makes great television” and that it is a “huge loss” for “RHOSLC” if she is fired.

Shah was previously set to be sentenced on Dec. 15, but a judge decided in late November to push that back until after the holidays.

It’s unclear if the new court date will affect whether or not the “Housewife” films her upcoming reunion.

New episodes of “Virtual Reali-tea” are released every Thursday on all podcast platforms.