Teddi Mellencamp gave fans a “happy” update after having 11 melanomas and three lymph nodes removed from her back following a stage 2 cancer diagnosis.

“Finally here with another melanoma update, and it’s one I’m happy to share,” she captioned an Instagram post on Wednesday, where she also showed off the scars on her back.

“Pathology is back— the surgeries were successful and the margins are clear. I also got genetic testing results and there are no mutations we need to worry about,” the “Real Housewives of Beverly Hills” alum, 41, explained.

She described the situation as “eye-opening,” adding that “it’s a lesson” she will never forget nor stop advocating for.

The accountability coach urged her fans to let her scars be an inspiration “to get preventative care” and “be proactive so you do not have to experience this.”

Though the outcome of the surgeries was triumphant, the “Two Ts in a Pod” co-host says that she still has to keep a close eye on her health.

“I will now continue to get checked every 4-6 weeks, as my doc says this may be a record number in one area,” she explained. “You guys know I’m competitive but this is one record I’m not looking to beat.

“As always, thanks for all the love, support and well-wishes. I feel very blessed and grateful for it all💕,” Mellencamp concluded.

Mellencamp shared before and after pictures of her back to bring awareness to melanoma. 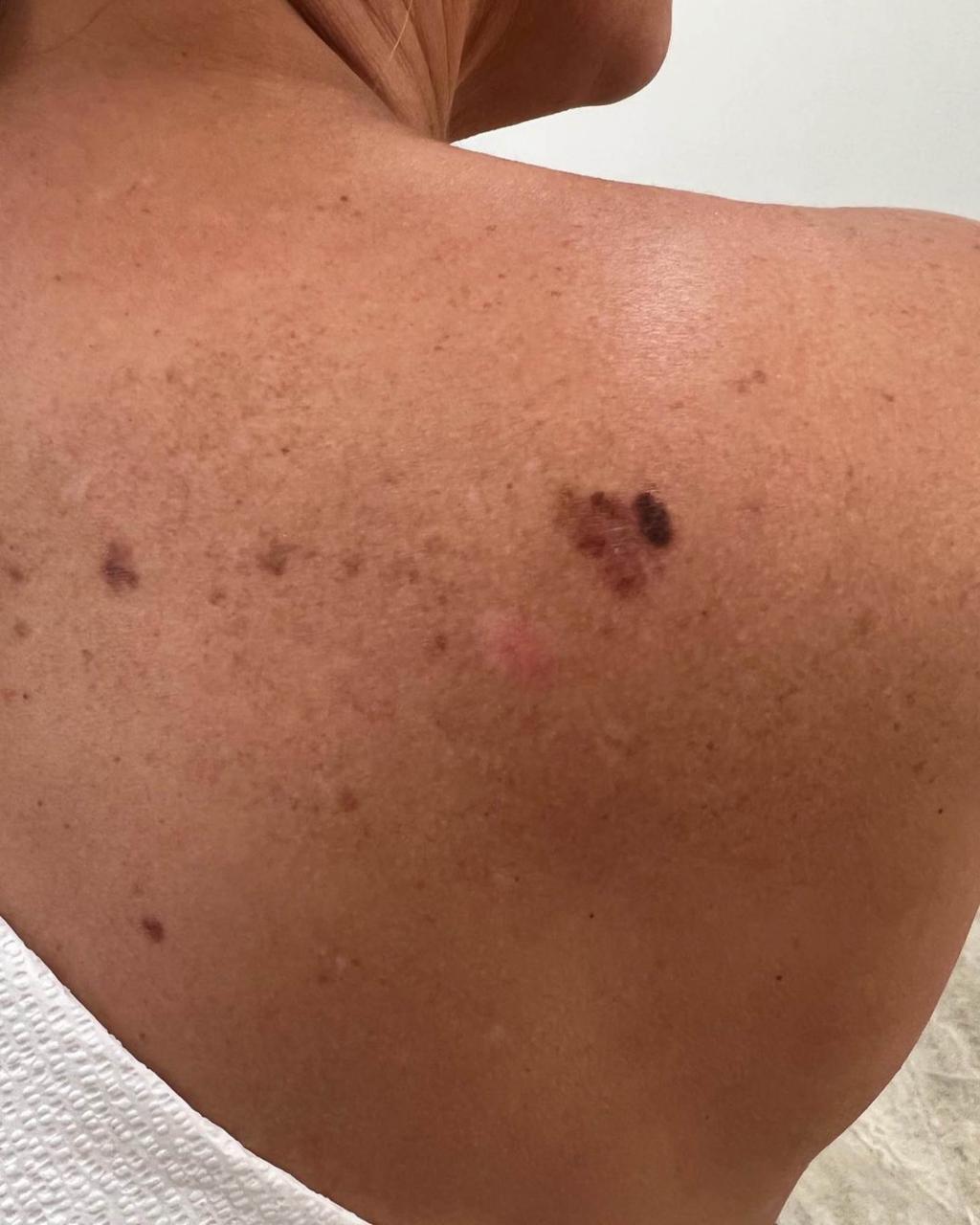 Mellencamp shared before and after pictures of her back to bring awareness to melanoma.

The internet was flooded with rumors that Arielle and Brandon…

Her post was met with an outpouring of love as several reality stars and fans congratulated her on winning her most recent cancer scare.

Back in October, Mellencamp revealed that she had been diagnosed with stage 2 melanoma.

That same month, the Bravolebrity got candid about undergoing surgery to have the melanomas and lymph nodes removed, explaining that she was sharing her journey because she received messages from fans who were also being tested for skin cancer.

“I am giving myself permission to crash on the days I need to and work my butt off on the rest, showing up for me, my family and all my streams of work to reach new goals,” she wrote on Instagram at the time.

“Life comes in waves and we will always be stronger for it… on the good days and the bad.”