Teresa Giudice ‘hurt’ over Joe Gorga saying her marriage to...

Never go against the family.

Teresa Giudice is “hurt” by the “mean-spirited” remarks her brother, Joe Gorga, made at BravoCon 2022, in which he said her marriage to Luis Ruelas won’t last.

“That’s not my brother. Like, I don’t know who he is now, like, what kind of character he’s trying to play,” the “Real Housewives of New Jersey” star, 50, says in an upcoming episode of her new podcast, “Namaste B$tches,” exclusively obtained by Page Six.

“I was hurt by it. Luis was hurt by it. I mean, as everyone saw, he did not come to my wedding,” she added. “That hurt us, and by what he just did at Bravocon, that’s very mean-spirited, very sad.”

Giudice was referencing Gorga, 43, and his wife, Melissa Gorga, appearing on a special episode of “Watch What Happens Live with Andy Cohen” that was filmed during BravoCon.

The Envy store owner was actually the one asked in one of the segments whether she thought that Giudice and Ruelas’ marriage would last longer than her husband’s standup comedy career.

Melissa, 43, refused to answer, but Joe stood up and proudly answered on her behalf, saying, “I’m gonna answer the question. My stand-up career, baby!”

Giudice added in the sneak peek clip of her podcast that she believes her brother was seeking attention at her expense.

“I just wish that he would stop talking about us to try to make himself relevant,” she said.

Giudice and Ruelas tied the knot in August. 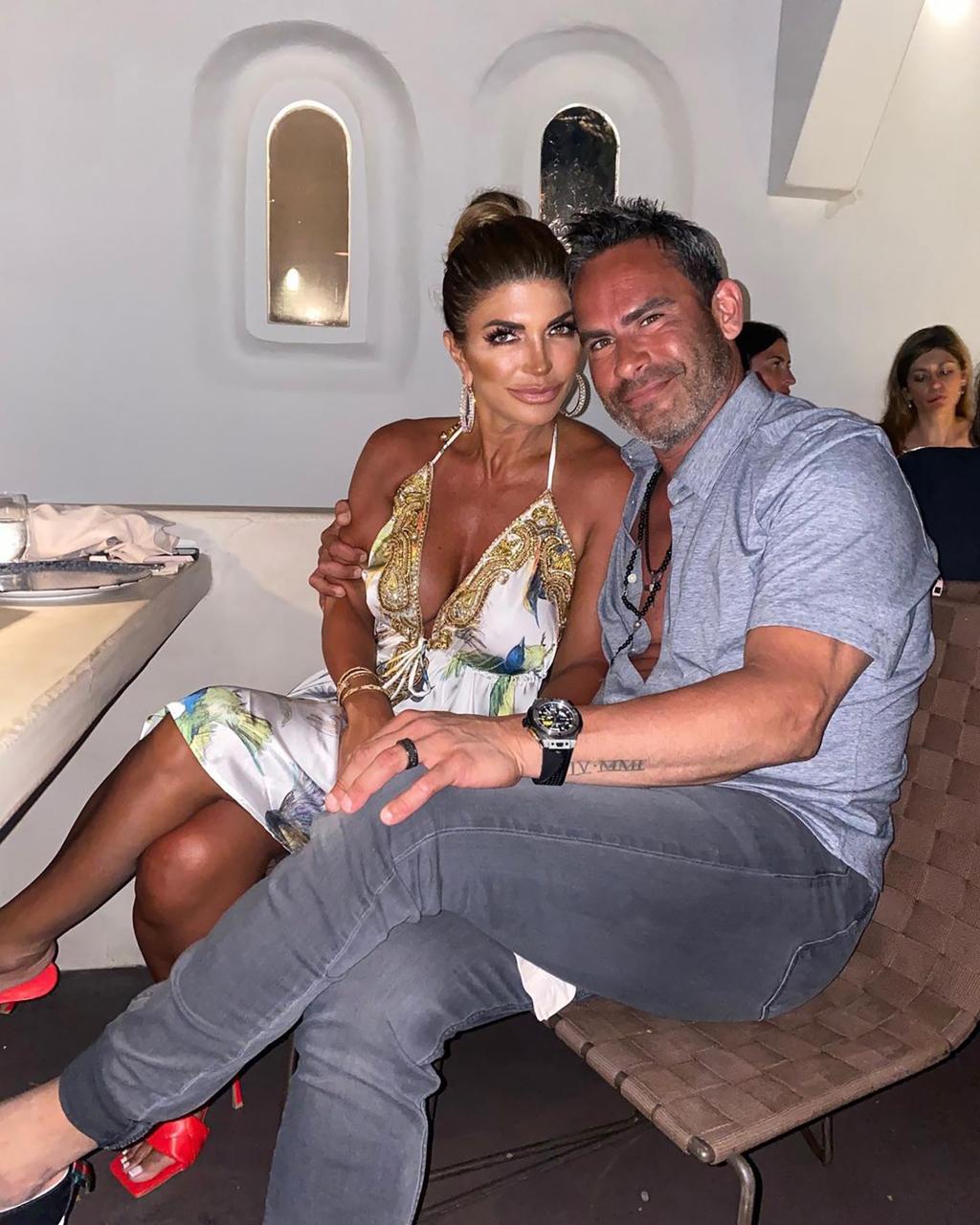 Giudice and Ruelas tied the knot in August.

Jenner and Scott have been together since 2017 but their…

Although Joe lashed out at his sister and brother-in-law on “WWHL,” the father of three told Page Six exclusively at BravoCon that he was ready to put the family drama past him.

“At this point, I just don’t know what else to say. I’m tired. I’m tired of talking about this for 13 years,” he told us.

The family drama, however, appeared to spill over into BravoCon’s schedule as the “RHONJ” panel was divided into two separate ones last minute.

Cohen, 54, confirmed that the feud between the Gorgas and Giudice was to blame for the decision, but the “Turning the Tables” author insists she did not make a call to Bravo.

“I’m not the boss so that doesn’t come from me, and it’s, like, common sense, duh,” Giudice said in the sneak peek of her podcast. “We haven’t had our reunion yet, so of course they want to keep us separate. They didn’t want a reunion to happen at BravoCon.”

Cohen reiterated a similar sentiment during his “Ask Andy” panel at BravoCon, in which he told the audience, “We’re on the precipice for a really great season of ‘New Jersey’ airing, so we’re in a really limbo-y place where if we bring them all out together, they’re in a different place than they were the last time we saw them all as a group.

“I think it’s better to let the show live on air and let you guys see the show and pick up with everyone at the next reunion show. It’s a balancing act because you want things to play out on TV, but here we are, and I want to give everyone a good time, so it’s a little bit of a juggling act.”

Giudice also told her podcast co-host, Melissa Pfeister, on “Namaste B$tches” that “a lot” will be addressed at the “RHONJ” reunion, and that she is “done” fighting with the Gorgas.

The latest episode of “Namaste B$tches” – which will also include the “Fabulicious!” author talking about Vicki Gunvalson calling her “overrated,” squashing the beef with Caroline Manzo and more – will be released Wednesday on all podcast platforms.