Tom Brady, Gisele Bündchen took their kids to the Hamptons...

Tom Brady and Gisele Bündchen took their kids to the Hamptons to celebrate son Jack’s birthday before their “epic” marriage spat.

The couple went to the Bahamas during Brady’s sudden 11-day break from the NFL in August. It was said to be their first family holiday in two years.

But they returned to the US, specifically to the Hamptons, to celebrate Jack, Brady’s son with ex Bridget Moynahan, who turned 15 on August 22.

A source told us, “Tom and Gisele were still together as a family following their break in the Bahamas.

“Reports that Tom then left Gisele to go to the Hamptons to be with Jack and Bridget are untrue. Gisele was there too.”

On Jack’s birthday, Brady, 45, posted a picture of Jack at Maidstone, an exclusive golf club in the Hamptons where memberships cost $10,000 a year, on Instagram.

He wrote, “Happy Birthday my beautiful son. What a blessing you are in our life. We love you so much and are so proud of the amazing young man that you are. You make every day of our life more joyful and fun.”

On the same day, Bündchen, 42, also paid tribute to her stepson by sharing an Instagram photo of Jack with the two children she shares with Brady — Benjamin, 12, and Vivian, 9.

“Happy birthday sweetest Jack!! 15 looks great on you! I wish you all the most wonderful things in the world. You are so loved by all of us,” she wrote.

Brady also attended one of Jack’s football practices in New York, where he chatted to other parents and players.

Despite their marriage spat, Brady and Bündchen have both spent time with the kids in recent weeks. 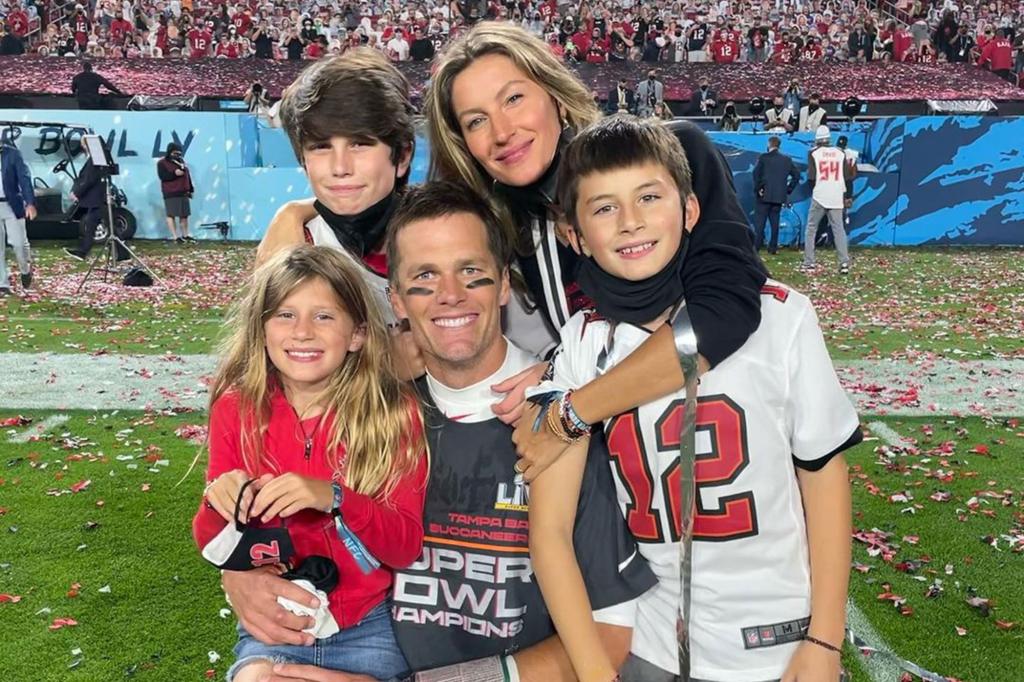 Despite their marriage spat, Brady and Bündchen have both spent time with the kids in recent weeks.

Multiple sources told Page Six that shortly after that Hamptons break, Bündchen then took a trip to Costa Rica on her own after having an “epic fight” with Brady.

The model left their family compound in Tampa, Fla., for Costa Rica following a series of heated arguments over Brady’s shock decision to un-retire from the NFL, while he then remained behind for team training.

A source told us at the time, “There’s been trouble in the marriage over his decision to un-retire. Gisele has always been the one with the kids.

“They had agreed he would retire to focus on the family, then he changed his mind.”

Bündchen — who has spoken openly about putting her career on hold to support Brady and their kids — was spotted in New York City last week while Brady remained behind in Florida.

Meanwhile, other sources told us that Brady is hopeful that Bündchen will put their issues aside and attend the Bucs’ home opener against the Green Bay Packers on Sunday.

A source said, “Gisele mostly always attends home games. Tom and his team are hopeful she will be back in the family box with their kids for the Packers game this Sunday.”

The insider continued, “Gisele has left Tom in the past during arguments but always returned once things cooled down.

“They are talking, but mostly about the kids at the moment. But Tom hopes they will reconcile.”

Reps for both Brady and Bündchen did not comment.